The Delta Flix Film and Media Festival is especially interested in work relevant to the theme of this year’s festival “Representing Cultural Heritage.” Deadline for entries is January 15, 2016.  Entry forms are located at the College of Media and Communication website, http://www.AState.edu/DeltaFlix.

“We are extremely excited about this year’s festival,” said festival coordinator Dr. Michael Bowman, assistant professor in creative media production.  “We plan on bringing great things to this year’s event.”

“This is a great opportunity for students to learn more about the history, culture, and heritage of their community, their state, and the nation by using video, photography, and other media formats to create exciting projects,” said Bowman.

The Delta Flix Film and Media Festival will also have films and presentations from scholars and professionals.  A schedule of events will be posted in the upcoming weeks.  Area schools are encouraged to attend this educational event.

The Delta Flix Film and Media Festival will coincide with the annual Delta Symposium in the Reng Student Union, 101 N. Caraway Rd. The Delta Symposium, sponsored by the Arkansas State University Department of English, Philosophy and World Languages, features research in the humanities and social sciences.

For more details, one may visit http://www.AState.edu/DeltaFlix or email Bowman at mbowman@AState.edu. 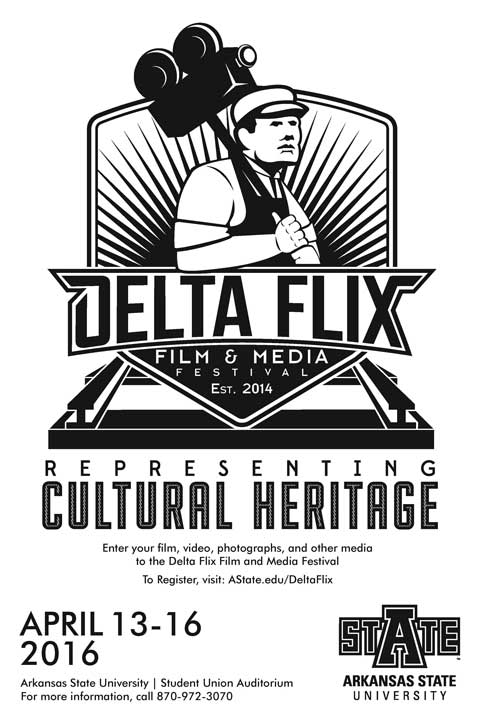