JONESBORO – Arkansas State University’s Fowler Center, 201 Olympic Drive, will present "The Magic of David Garrard" as the next performance of the 2015-16 Riceland Distinguished Performance Series.

“David Garrard’s Magic show is a fun-filled night for all ages that will keep you on the edge of your seat,” says Bob Simpson, Fowler Center director.

David Garrard has been amazing audiences for nearly 50 years.  David’s unique mix of magic and music has made him popular with audiences throughout the United States.

From his amazing Houdini straight jacket escape, to his disappearing act, he will have audience members wondering, “How in the world did he do that?”  When not traveling with his magic, David casts a spell on the boys and girls at St. Matthews Baptist Church in Louisville, Ky., where he is in his 39th year as minister to children.

All seating is reserved. Individual tickets for the Riceland Distinguished Performance Series are $30 and $20 for adults, and $23 and $15 for senior citizens and students, $24 and $16 for ASU faculty and staff, and $10 and $6 for ASU students with a current ID. Group discounts are available for groups of 15 or more.

For more information, contact the Fowler Center at (870) 972-3471. Tickets may be purchased at the Central Box Office in the Convocation Center, 217 Olympic Drive, Jonesboro, or by calling (870) 972-ASU1 or by calling toll-free at (888) ASU-FANS. Tickets are also available online from the Central Box Office (http://www.astate.edu/tickets/) and from Fowler Center (www.yourfowlercenter.com). 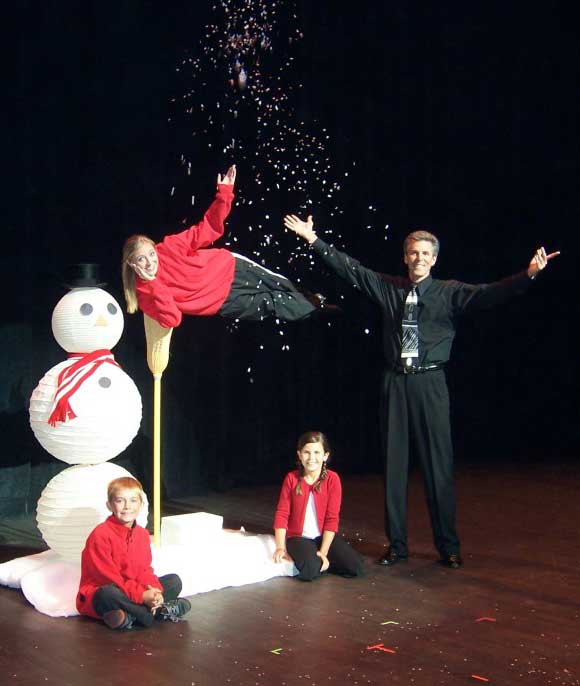