JONESBORO – The Department of Music at Arkansas State University will host classical guitarist Thibaut Garcia in concert on Tuesday, Dec. 6, at 7:30 p.m. in the Fine Arts Center Recital Hall.  This program is free and open to the public.

"A-State is once again very happy to host the Guitar Foundation of America International Concert Artist Competition winner,” states Dr. Timothy Crist, professor of music.  “Thibaut, like all of the winners of this most prestigious competition, will dazzle our audience with remarkable technique and musicianship. He is a uniquely gifted individual who will be playing a wonderful program. I encourage all local guitarists to attend and experience one of the finest performers in the world."

Born in Toulouse, France, Garcia began to play the guitar at the age of seven. He credits his Spanish origins as a primary influence on his way of thinking. He studied in Toulouse where he received his chamber music diploma under the tutelage of Renaud Gruss, and his guitar diploma, with academic honors, under Paul Ferret. At 16, Garcia entered the Conservatoire National Supérieur de Musique et de Danse de Paris, where he would complete his bachelor’s, with academic superlatives, with Olivier Chassain. He currently studies privately with Judicaël Perroy.

In part of his competition accolades, Garcia has already begun an international concert career, having performed in numerous countries.  He is filling more than 50 concert dates this fall in the U.S. and Canada as part of his prize for winning the 2015 Guitar Foundation of America International Concert Artist Competition. 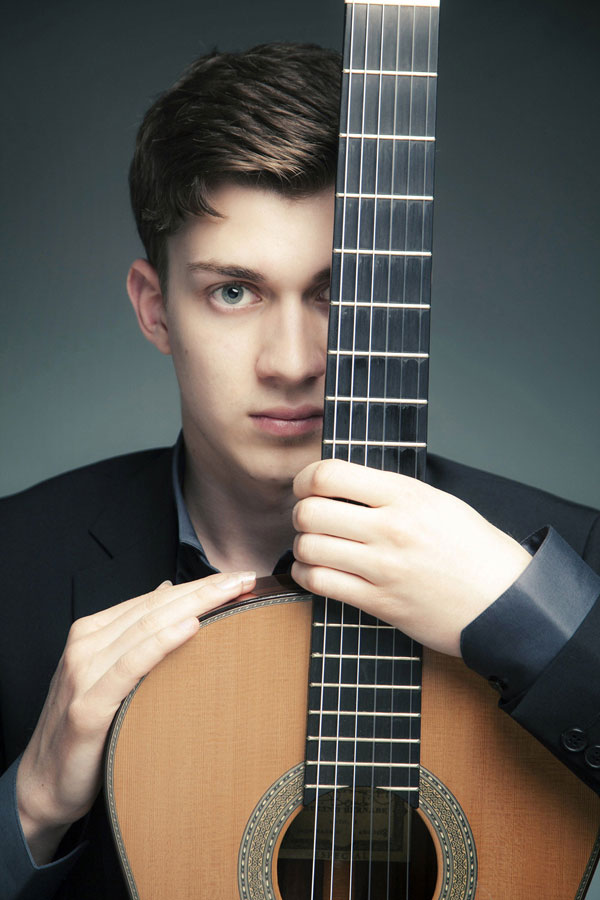