“Lindsay has built many strong and meaningful relationships since she started with the advancement team a decade ago,” Penry said. “We are pleased to have her in this important role. There is no doubt that one of our strongest assets as a university is our alumni. In the coming years, they will play an even greater role as we continue to advance our nationally-emerging university. She is committed to connecting, engaging and celebrating over 80,000 A-State alumni and students around the globe.”

Burnett joined Arkansas State ten years ago as a development officer in 2007, shifting over into the role of director of alumni relations in 2011. In her previous role, Burnett managed day-to-day operations of the Cooper Alumni Center, the home of the A-State Alumni Association. Her work the past six years led to a 35 percent increase in bookings and usage of the center.

“During my years at Arkansas State we have seen amazing growth as a university, not the least of which is the record number of alumni who have graduated in the past five years alone,” Burnett said. “It is my honor to become the representative of our alumni across the state, and world.”

She was instrumental in the creation of several new outreach events, and she serves as the lead social media engagement coordinator that led to a remarkable 158 percent growth in engagement for the Alumni Association’s official accounts.

Herself a 1924 Sustaining Lifetime member of the A-State Alumni Association, she is the past alumnae chapter president for Alpha Omicron Pi’s Jonesboro chapter. A 2005 marketing graduate of Arkansas State, she and her husband, Jesse, have a son, Austin, and live in the Jonesboro area.

“I’m proud to say that my husband, my parents and I are all A-State alumni and proud Red Wolves,” she added. “We look forward to building greater relationships among our alumni and friends.” 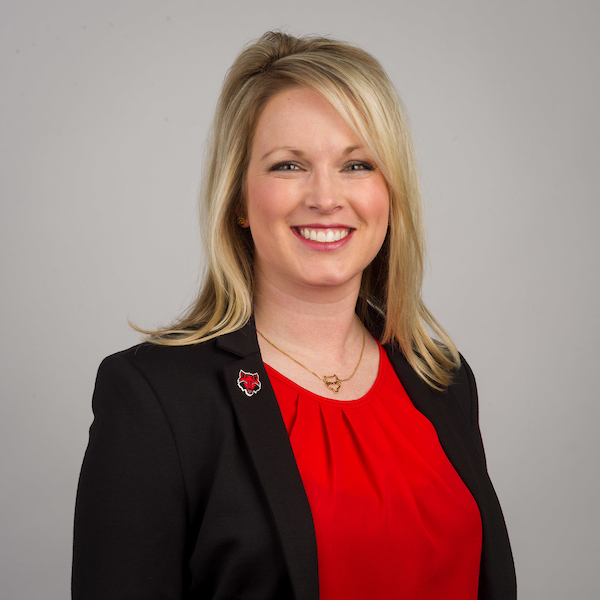