JONESBORO – Bailey Moses of Cabot is the new Miss Arkansas State University, receiving her crown tonight at the conclusion of the 42nd annual pageant presented each year by the Delta Theta chapter of the Pi Kappa Alpha Fraternity. 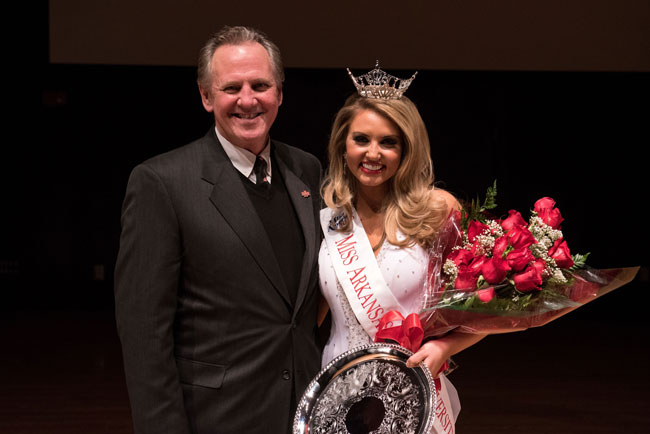 Moses is a junior at A-State, majoring in strategic communications/public relations and strategic management.

With a stated service platform of "Suitcases for Kids," she presented a jazz dance to Aretha Franklin’s “Respect” during the talent segment of the competition.  She was sponsored by the men of Lambda Chi Alpha fraternity.

Moses won both the evening gown and interview segments of the pageant.  Her parents are Jeffery and Marsha Moses.

The pageant is an official Miss America Preliminary, so Moses will begin preparations immediately to compete in the upcoming Miss Arkansas Pageant.

Among her pageant prizes, she will receive a $5,000 scholarship from Arkansas State University. 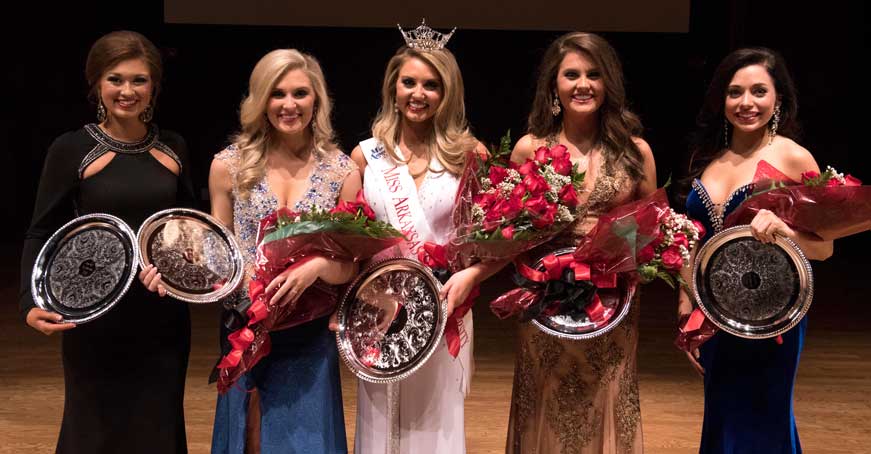