Watkins will address students, faculty, staff and the public at 6 p.m. Thursday, Jan. 28, in the Reng Student Union auditorium at Arkansas State University.  Admission is free.

His lecture, "The Beast Side: Living and Dying While Black in America," is presented by the A-State Multicultural Center.

"D. Watkins is one of this generation’s most vocal social justice advocates. His work in Baltimore epitomizes contemporary leadership and activism," commented Tirrany Thurmond, director of the Multicultural Center.  "It’s important to me that our students experience diversity in campus programming, understand the complexities of privilege and oppression, and develop their cultural competency."

A professor of creative writing at the University of Baltimore and founder of the BMORE Writers Project, he also is a columnist for Salon.  Watkins has written for the New York Times, the Guardian, Rolling Stone, and he often serves as a guest commentator on major network television and radio programs.

He holds a master’s degree in education from Johns Hopkins University and a master's in creative writing from the University of Baltimore.  He has been the recipient of numerous awards, including the BME Fellowship. He has lectured at countless universities and public events around the country.

Watkins's debut collection of essays is titled, "The Beast Side."  His memoir about his life growing up in east Baltimore will be released in May. 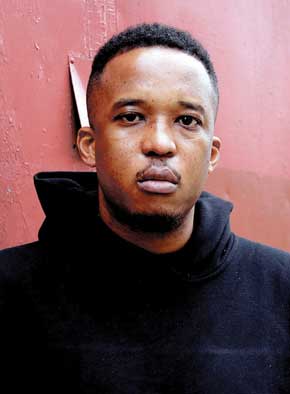