Broadway, a former Speaker of the Arkansas House of Representatives and State Senator, has served as director of ADHE and a member of Gov. Mike Beebe’s cabinet since February 2011. His starting date has not been determined, but he is expected to continue in his current role through the Jan. 30 meeting of the Higher Education Coordinating Board. He succeeds Robert Evans, who is retiring after 16 years of service.

“Shane brings to us an ideal blend of experience as a former legislator who is very knowledgeable about higher education and the processes of state government,” Welch said. “He is also an alumnus and former student body president at Arkansas State, so he has a great love for his alma mater and shares our vision for growth and service to students. I have been particularly impressed by his ability to work in a nonpartisan manner at the State Capitol.

Welch said he and Broadway notified Gov.-elect Asa Hutchinson of the decision.

“We appreciate Governor-Elect Hutchinson’s understanding of Shane’s desire to serve his alma mater in this capacity,” Welch said. “We will all work closely with the Hutchinson administration to help ensure a smooth transition at ADHE and to continue efforts toward increasing the number of college graduates and enhancing workforce training in Arkansas.

Broadway, a resident of Bryant, joined ADHE as deputy director in January 2011, and Gov. Beebe appointed him as interim director the following month. He was named director in October 2013.

“For almost four years I have had the honor to serve at the Department of Higher Education, our colleges and universities, and members of the Higher Education Coordinating Board,” said Broadway, who also serves on the Governor’s Workforce Cabinet. “We have dedicated ourselves to work in a nonpartisan way to collaborate with stakeholders around Arkansas to increase opportunities and to improve outcomes for students. Now I look forward to taking my experience and relationships from all levels of government to the ASU System. I’m grateful for the opportunity Dr. Welch is giving me.

“As an alumnus, it’s an honor to return to the place that gave me my opportunity for a higher education,” Broadway added. “This opportunity will allow me to give back and make a difference in the lives of others like me who will pass through the doors of the ASU System campuses.”

He was co-coordinator of economic development for the Saline County Development Corporation from 2006-2010. He is a member of the Dean’s Advisory Council for the College of Arts and Sciences at A-State; chairman of the Saline County Economic Development Corporation Board of Directors; vice president for education for the Economics Arkansas Board; and member of the Miss Arkansas Scholarship Foundation Board.

His recognition at Arkansas State includes the R.E. Lee Wilson Award, the highest honor given to graduating seniors, in 1994 and the first Distinguished Service Award in the Department of Political Science. 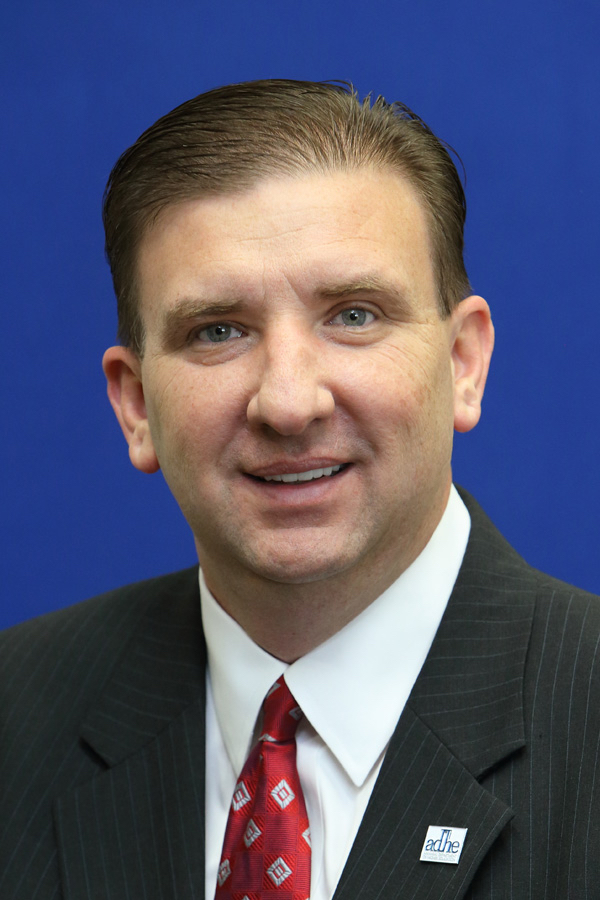