The 16-team, double elimination tournament will be May 17-19 in Columbus, Ga., at the South Commons Softball Complex, 400 4th Street.

“This team is absolutely ecstatic about going to the World Series,” said April Arford, who founded the ASU club team in 2011. “Last year, we didn’t get a bid so this is really important to these players. They are ready to play.”

ASU, seeded eighth in the tournament, is 26-6 overall and won the Mid-America South Conference with a record of 8-1. The Red Wolves will open play Friday (May 17) at 11 a.m. with 16th-seeded University of Central Florida, followed by ninth-seeded Ohio State at 2 p.m. ASU will take on top-seeded Air Force at 5 p.m.

Arford said A-State, who is ranked ninth nationally in the NCSA poll, will be depending upon help from starting pitcher Shea Cothren, a 5-8 junior from Paragould who transferred in from Southeast Missouri State. Cothren owns a 1.400 ERA after pitching 94 innings this season. She has posted a record of 11-2. Cothren is also the Red Wolves’ leading homerun hitter with five on the season. That number leads the Mid-America South Conference. She leads her team with 18 RBIs.

ASU will also be counting on returnees Katelyn Brown, a 5-6 shortstop/second baseman from Armorel; Katie Collier, a 5-11 first baseman from Jonesboro; Hunter Nash, a 5-4 outfielder from Marvell; and Alexa Zielinski, a 5-2 third baseman from Blytheville, and 5-4 pitcher/first baseman Nicole Edwards from West Memphis.

“Katelyn Brown really stepped up and got hits for us against St. Louis in our last game,” continued Arford. “If we beat them, then ASU makes it to the World Series. She did a nice job.”

The A-State softball team is a club sport, much like the Red Wolves rugby program, and is not affiliated with the National Collegiate Athletics Association (NCAA). However, Arford is extremely pleased with the role of Arkansas State administrators for helping the program.

“I want to thank the ASU administration for funding this trip to the World Series,” she said. “They have been extremely gracious in helping this team achieve the goal of making the tournament field and then funding our travel.”

The Arkansas State team will depart for Columbus Thursday, May 16, at 8 a.m.

Arford continued by saying that she became interested in starting a softball team at ASU after her daughter began playing the sport in high school.

“I played in high school and now my daughter plays. I wanted to help start up a program at Arkansas State. Softball is really big in this area. Hopefully, my daughter will get a chance to continue to play on the college level.”

Arford is currently working on ASU’s softball schedule for 2013-14. In addition, the team is planning to have a special dinner Tuesday, May 14, from 6-8 p.m. at The Brickhouse, 218 S. Main St. The public is invited to join in the fun, meet the players, take photos, get autographs and wish the team well. 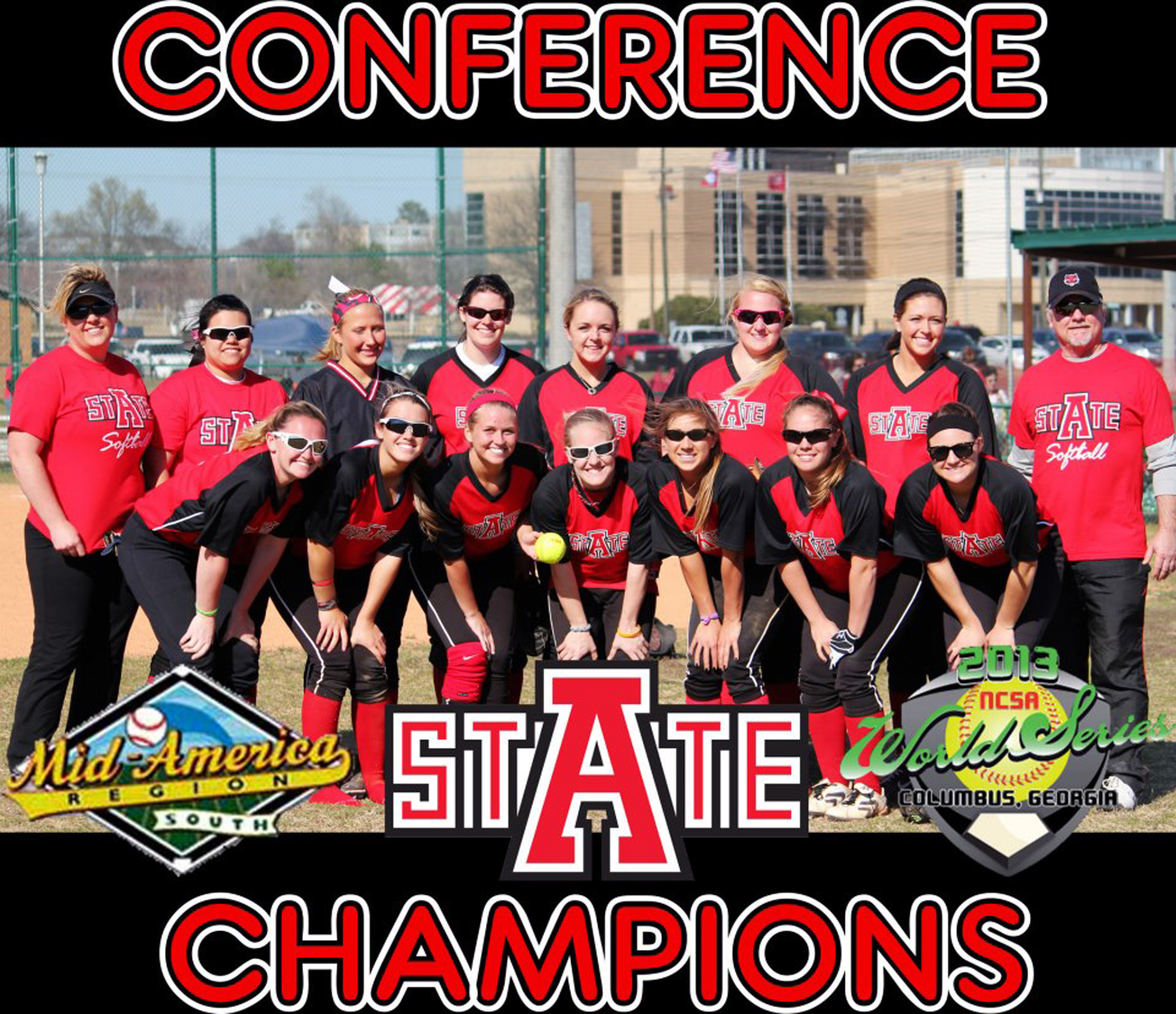