JONESBORO, Ark. — Arkansas State’s rugby team made a valiant effort, but fell short in its quest for a collegiate national title as the Red Wolves dropped a close 18-13 decision to Life University in a tough, physical semifinal battle Saturday afternoon at the ASU Rugby Field. ASU is ranked No. 1 nationally, while Life is ranked No. 2.

Life advances to its first-ever Division 1-A National Championship that will be played May 18 on the campus of the University of North Carolina-Greensboro.

Both teams had to contend with cool temperatures in the 50s and a muddy field still holding water after a relentless rainfall Friday afternoon. It was the third meeting this year between the two programs with each team winning at home. Defense and penalties for both sides were the game of the day Saturday.

“These two teams have good familiarity with each other,” said ASU head coach Alex Houser. “They had a couple of players back from injury and played great defense. We had a few players out, but we had some chances too and just couldn’t capitalize.”

It appeared that ASU would get an early break when a Life penalty set the Red Wolves up for the kick. However, senior All-American Pat Sullivan’s attempt fell short. About 10 minutes later, Sullivan got another shot and connected this time to give ASU a narrow 3-0 lead.

The Running Eagles responded with two penalty kicks of their own to surpass ASU, 6-3. Then, Life center Calvin Nell scooted in on the try to boost Life’s lead over ASU to 11-3. The conversion set the first-half score with the visitors leading, 13-3.

“We have been slow starters all season,” said Houser. “We dug ourselves into a few holes and had some deficits and we talked about that at halftime. Coming back in the second half to overcome their 10-point lead was very doable. We just weren’t able to capitalize on several opportunities.”

In the second half, both teams traded penalties and turnovers. Although ASU retained the ball for a lengthy time throughout the final period, Life’s defense kept the Red Wolves from scoring.

ASU rallied on offense late and Sullivan was able to score on a try to cut the gap to 18-13, but late penalties marred ASU’s efforts and couldn’t get past the Eagles’ defense. Life managed to hold on until the clock ran out to end the match at 18-13

Life will play the winner of St. Mary's vs. Cal Poly in the title game on May 18 in Greensboro, N.C.

Although the team was disappointed, Houser said he is extremely proud of the program and the way the players have played all year.

“Obviously, we had a good fall season with winning the 7s championship, and, although we will lose some players, we’ll have some returning as well as new ones who can really help. We can build on that. I’m proud of these players.” 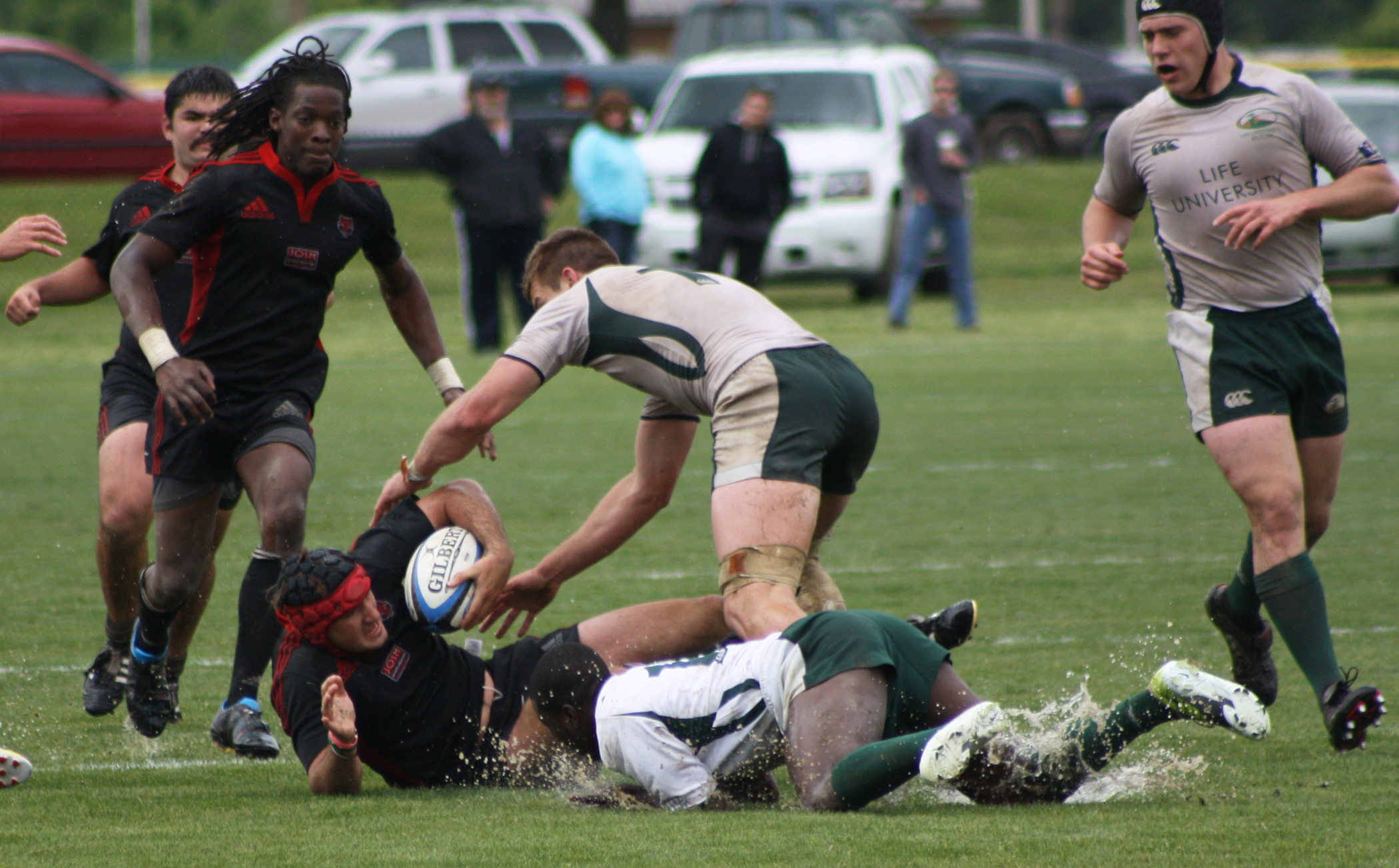