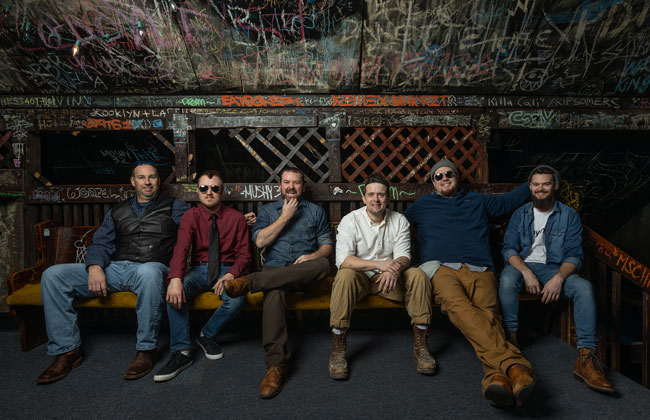 The Gravel Yard will be one of the featured acts during the upcoming Arkansas Roots Music Festival at City Water and Light Park in Jonesboro.

JONESBORO – KASU and the Department of English, Philosophy and World Languages at Arkansas State University, together with the West End Neighborhood Association, will present the Arkansas Roots Music Festival on Saturday, April 16.

“This festival is always a fun event,” commented Mark Smith, KASU station manager. “It’s exciting to see the community come out for a great afternoon of music. KASU is proud to be a part of it.”

KASU 91.9 FM’s radio personality Marty Scarbrough will serve as master of ceremonies. Recordings made at the event will be used for various radio programs, including KASU’s noontime show “Arkansas Roots.”

The festival, presented in conjunction with Delta Symposium XXVII, will feature a variety of musical styles.  The outdoor festival is free, pet friendly, and open to the public.

The United Voices Gospel Choir will open the show at 1 p.m.  This ensemble was formed in the late 1960s on the A-State campus in Jonesboro.  In its more than 50-year history, the choir has performed at numerous events across the country and has maintained a consistent presence on the A-State campus.

Fayetteville native Caleb Ryan Martin will take the stage at 2 p.m.  He performs in a variety of styles of acoustic music including bluegrass, folk and roots music.  For this performance, Martin will be joined by Randal Morton of Memphis.  Morton is a past winner of the National Bluegrass Banjo Championship, and he is a member of the Memphis bands Grassfire and Devil Train.

The show’s last act, starting at 4 p.m., features the Central Arkansas band The Gravel Yard.  The ensemble’s musical mix is bluegrass with elements of country music, Americana sounds, and progressive acoustic music. The Gravel Yard is nominated for the 2022 ACMA Bluegrass Artist of the Year award.

Scarbrough, who is KASU program director and “Arkansas Roots” co-host, praised the line-up of musicians scheduled to perform at the festival.

“Together, these Arkansas-connected musicians represent the wide variety of music that has emerged from our state.  Audience members will experience Arkansas’ musical heritage coming to life through these incredibly talented and entertaining musicians.”

For more details on the annual symposium and the Arkansas Roots Music Festival, one may consult the A-State Delta Symposium website.