The Cultural Heritage Award was presented for The Circle, at Arkansas State University 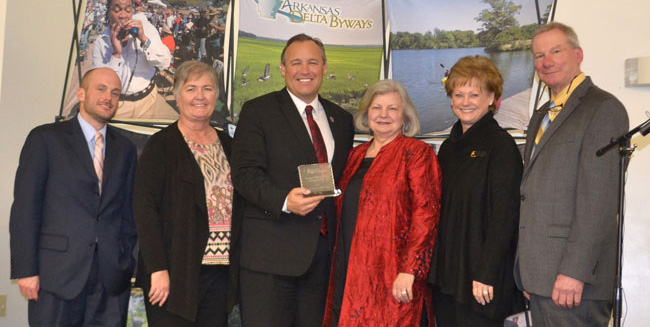 The Festival/Event of the Year Award went to the Johnny Cash Heritage Festival, organized by A-State Heritage Sites

The event was sponsored by Arkansas Delta Byways with support from the City of Marianna, Mayor Jimmy Williams, and the Marianna Chamber of Commerce.

Marcel Hanzlik, president of Arkansas Delta Byways, served as master of ceremonies and presented the awards.

ADB presented its "Outstanding Member Award" to Gretchen Sacotnik of Greene County and the "Tourism Person of the Year" award to videographer Gary Jones, who also is a student in the Heritage Studies Ph.d. program at A-State.  A special achievement award was presented to Paula Oliver of Helena.