JONESBORO, Ark. – The Arkansas State women’s basketball team was recently recognized for its outstanding performance in the classroom at the Sun Belt Conference Championship tournament in Hot Springs, Ark.

The Red Wolves were recognized for having a team combined grade point average of 3.18, which was the highest of any team in the Sun Belt.

Five members of the basketball team were also named to the Sun Belt Conference Commissioners List, which honors student-athletes for achieving at grade-point average of 3.50 or higher. Jasmine Hunt, Quinishia McDowell, Jane Morrill, Ashley Olvera and Hanna Qedan were recognized with the honor.

All 15 players on the A-State roster achieved GPA's of 3.0 or higher in the fall semester as well, which placed them on the ASU Academic Honor Roll.

The A-State women's basketball team recently concluded its season in which it won seven straight games in the month of January and finished the year with a 15-15 overall record. 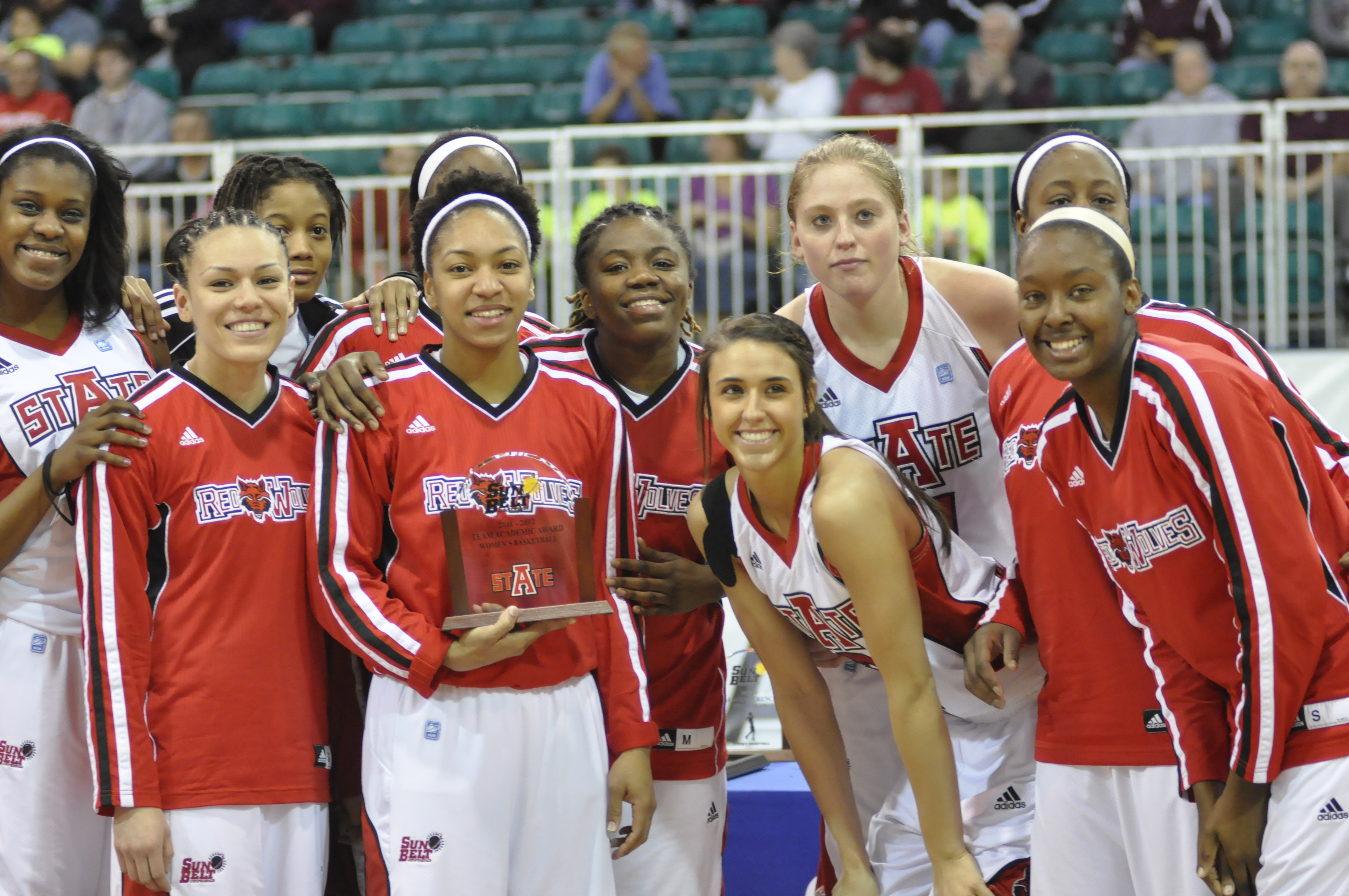