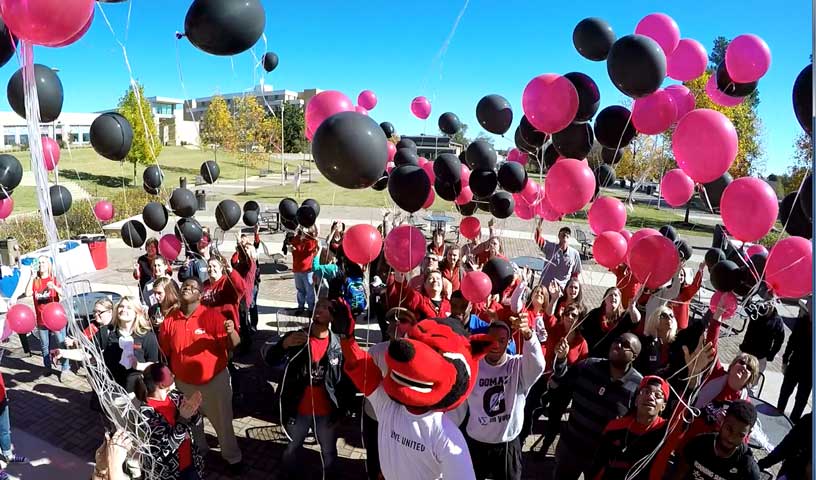 From the launch in early October, followed almost immediately by student involvement through the "United We Dance Marathon" on Oct. 9-10, the campaign started with energy and never let up, winding to conclusion today.

"We're thrilled to partner with Arkansas State University," Jenny Keller, director of resource development for United Way of Northeast Arkansas said at the celebration.  "Through a series of campus events, the people of A-State have been leading the charge for a great campaign in our community, and their generosity is simply outstanding."

With $6,700 raised by the students and $20,480.71 raised by faculty and staff through payroll deduction and one-time donations, the A-State community achieved total donations of $27,180.71, almost twice the original campaign goal of $15,000.

Keller added the student, faculty and staff donations will positively impact more than 20 non-profit organizations, with a focus on local education, income and health initiatives.  Remarkably, 99 percent of donations stay in the local community.

When the final numbers came in, the results thrilled the division chairs and everyone else associated with this year's drive.

Simmons and Jerry Webb also received Spirit Leader Awards for their special contributions to making the entire campaign so successful.