“We are pleased to welcome Terry to the group” said Bill Hancock, Executive Director of the College Football Playoff. “I became acquainted with him during his days at Missouri-Kansas City, and then enjoyed working with him when he served on the CFP athletics directors advisory group.  He has always been a true champion for the sport of college football.  He will be a terrific committee member.”

One of three new members on the 13-person committee, Mohajir becomes one of just 13 athletics directors and 29 total people to ever serve on the elite committee as the CFP enters its sixth year of existence.

“I have said many times that Terry is among the finest Athletics Directors in the country, and this appointment is continued recognition of that fact,” said A-State Chancellor Dr. Kelly Damphousse.  “The decision to place him on the CFP selection committee speaks volumes about his reputation in his industry and across the country. I could not be prouder of this latest accomplishment for Terry.”

“This is an incredible honor for Terry and for our entire university,” said Arkansas State University System President Dr. Chuck Welch.  “Our program’s profile and level of success have risen significantly during Terry’s tenure, and I am so proud to see his efforts recognized in such a manner.”

“I am honored and humbled to serve alongside such an esteemed group of people who have the paramount responsibility to select the best teams to play for the national championship,” said Mohajir.  “Joining this committee is one of the most impactful and important ways I can give back to our great game of college football that has given me so many life opportunities.

“I am grateful to (Sun Belt Conference) Commissioner (Karl) Benson and Bill Hancock for their backing during this process, along with the trust others have also placed in me to carry out this role with great integrity and diligent work.  I also want to thank Chancellor Damphousse, President Welch, my administrative team and my family, especially my wife Julie, for the support they give me.  I am certainly embracing this opportunity and looking forward to being a part of the CFP selection process.”

Mohajir became the 11th Director of Athletics in A-State history on September 19, 2012, and since that time the Red Wolves have enjoyed unprecedented overall success academically, competitively and financially while building their national brand. 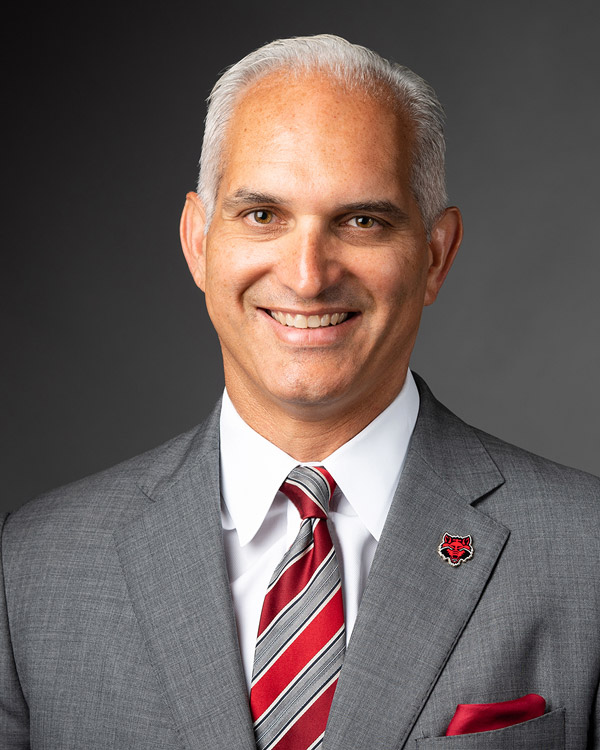