McKissic, the Sun Belt Conference Freshman of the Year and the GoDaddy.com Bowl’s Offensive MVP, is the second A-State player to ever earn a spot on the FWAA Freshman All-America Team, joining former running back Reggie Arnold who made the roster in 2006.  McKissic finished the season with a school-record 103 receptions for 1,022 yards, the second most in ASU history, and five touchdowns.

McKissic’s 103 receptions this season led the nation among freshmen and his 1,022 yards were the third most.  Among all players, McKissic ranks seventh in catches and 34th in receiving yards.

The Phenix City, Ala. native caught at least four passes in every game this season and recorded eight or more in eight contests, including a career-high 12 against both ULM and Troy.  He tied the school record for receptions in a postseason game with 11 for 113 yards against Kent State in the GoDaddy.com Bowl.  He tallied a a career-high 138 receiving yards against Troy and finished the year with four total 100-yard receiving games, tying the third most in school history for a single season. 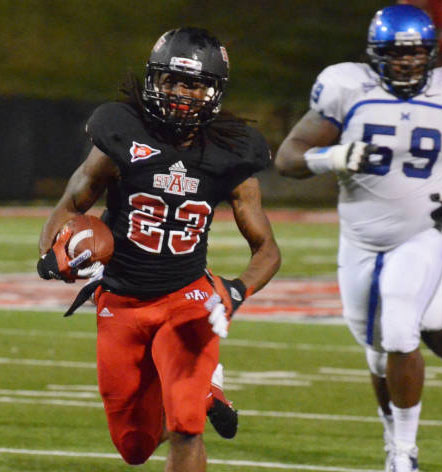