JONESBORO – Outstanding students and faculty members will be recognized during Convocation of Scholars events in April at Arkansas State University.

The month of Convocation of Scholars events will culminate with the presentation of the R. E. Lee Wilson Citizenship Award and the Distinguished Service Awards at a campus ceremony on Thursday, April 26.  The Wilson Award and DSAs are A-State's top awards for graduating students.

The eighth annual "Create@State: A Symposium of Research, Scholarship and Creativity," involves scores of students in scholarly and artistic presentations Monday through Wednesday, April 16-18, in the Carl R. Reng Student Union. Details are online.

Faculty Honors Convocation will be Tuesday, April 10, beginning at 2 p.m. in Centennial Hall of the Carl R. Reng Student Union.  Recipients of the Faculty Achievement Awards in teaching, scholarship, professional service and academic advising will be announced, and retiring faculty members will be recognized for their service to Arkansas State.

Delta Symposium XXIIII, an academic conference with this year's theme, "Discovering the Region's Voices," will run Wednesday through Saturday, April 11-14, concluding with the Roots Music Festival in Jonesboro's City Water and Light Park on April 14.  The symposium schedule is online.

Create@State, the Faculty Honors Convocation, and Delta Symposium are open to the public.

The Excellence in Diversity awards reception will start at 6 p.m., Thursday, April 19, conducted by the Office of Diversity and Community Engagement.

Many of the awards ceremonies are ticketed.  For details about specific events, one may call the respective department or consult the Convocation of Scholars website and university calendar. 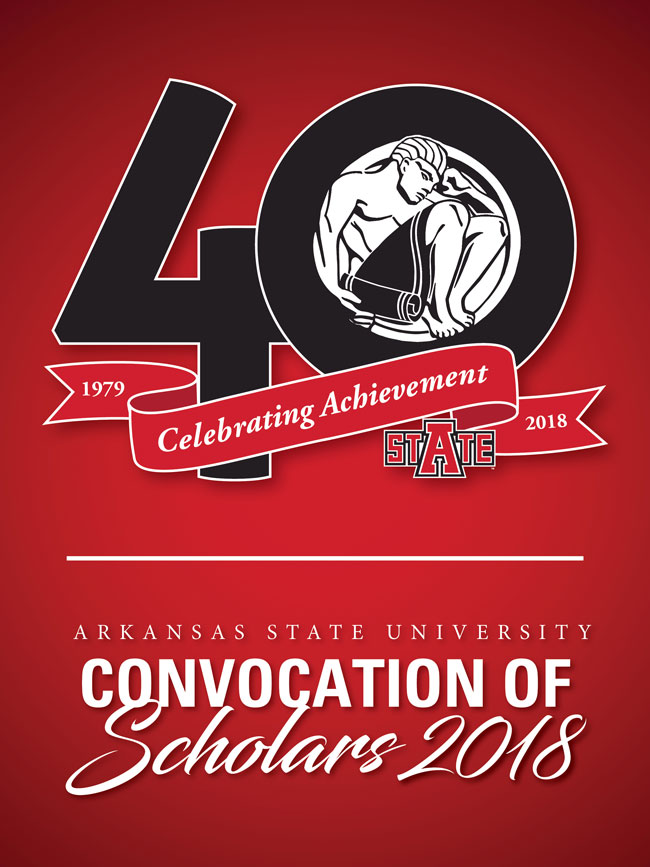