KASU will literally “pass the hat” to collect money to pay the musicians.  The suggested donation is $5 per person.

For 20 years, the five members of the Buffalo City Ramblers have entertained audiences at bluegrass festivals around the region.  These five long-time friends live in Arkansas and play traditional bluegrass music plus old-time and classic country music.  The group also performs gospel music and some original songs.

The band features Rodger King of Lonoke on vocals and dobro.  King is known for his big “classic-country” voice that also has a significant taste of the blues in his vocal delivery.  Jason Dean of Jacksonville plays hard-driving banjo for the band.  Chuck Brockinton of Cabot sings and plays mandolin in the group, adding an influence of traditional bluegrass music to the band.
Also, in the Buffalo City Ramblers are the husband-and-wife duo of Kent and Beci Coffey.  Kent sings and plays guitar while Beci sings and plays bass.  In addition to playing acoustic music with the Buffalo City Ramblers, the Coffeys also play in a jazz group and in a blues band.
King, Dean and Brockinton are also members of the band Grand Prairie.  This group was formed in 1983 by Brockinton and King and was initially known as the Grand Prairie Boys. But, “boys” was dropped from the band name when their wives joined the group.

Grand Prairie has traveled around the world performing bluegrass music. Based in Central Arkansas, this group brings a unique, energetic approach to bluegrass music, performing a mixture of bluegrass standards, original songs, gospel tunes and country cover songs.
In Grand Prairie, King is featured on lead vocals, guitar and dobro.  Brockinton plays mandolin and sings, while his wife Molly plays guitar and also sings lead vocals. Kathy King plays bass, and Dean is featured on banjo.
In conjunction with the concert, Terry’s Café, 201 South Pruett Street in Paragould, opens on Bluegrass Monday nights to welcome bluegrass music fans.  The café serves a catfish buffet meal beginning at 4:30 p.m. on the evenings of Bluegrass Monday concerts.  Concessions will also be available at the Collins Theatre.
Bluegrass Monday concerts are held on the fourth Monday night of each month except in December.  These concerts are presented with support from Bibb Chiropractic, the Posey Peddler, Holiday Inn Express and Suites of Paragould, the Northeast Arkansas Bluegrass Association and KASU.
KASU, 91.9 FM, is in Jonesboro.  For more information, contact KASU Program Director Marty Scarbrough at mscarbro@astate.edu or (870) 972-2367.  Bluegrass Monday is also on Facebook (search “Bluegrass Monday”). 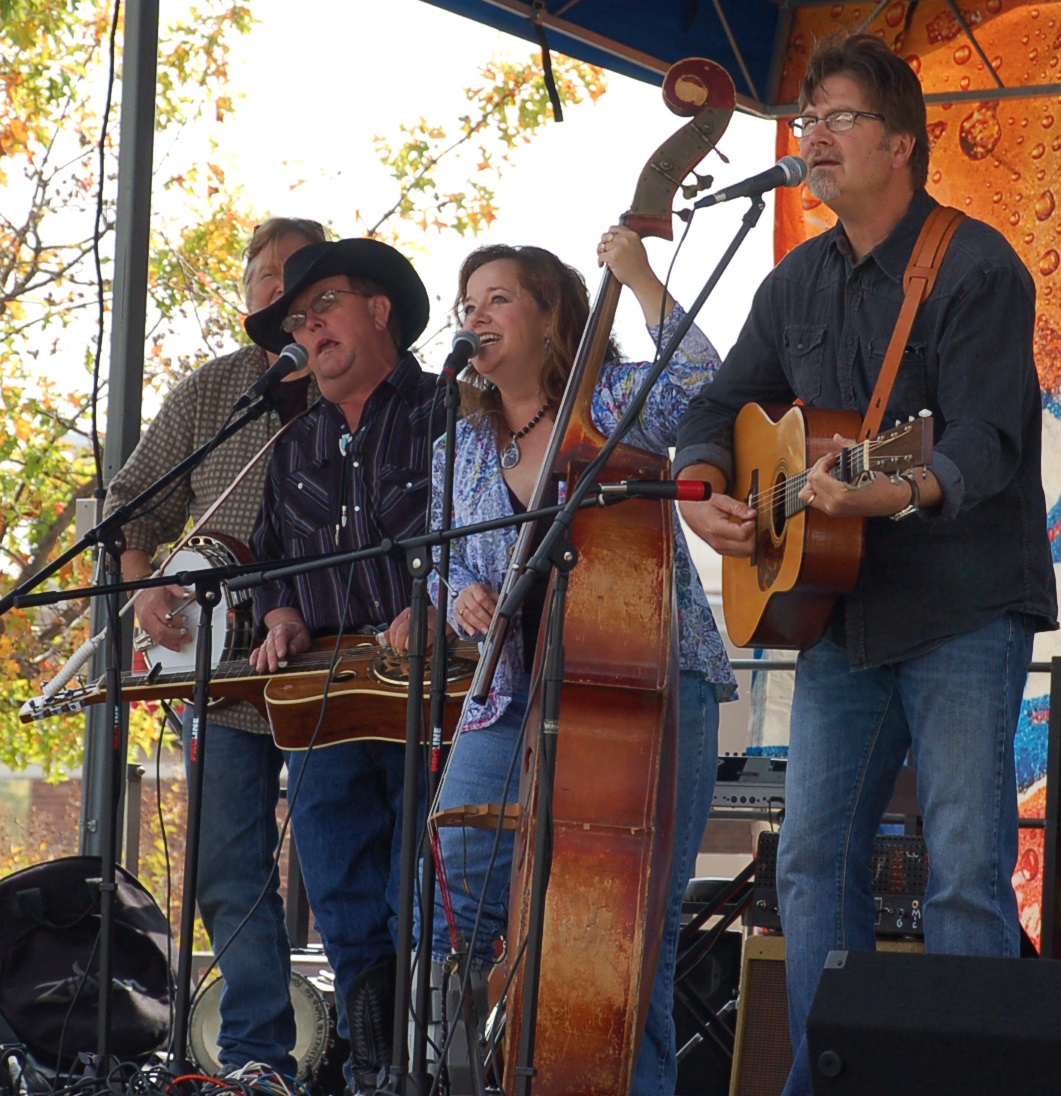