JONESBORO — The fourth annual Johnny Cash Music Festival is officially sold out as of today, according to a joint announcement made by festival producer Bill Carter and Tim Dean, director of Arkansas State University’s Convocation Center. The concert stars Reba McEntire, Loretta Lynn and Bobby Bare, three Country Music Hall of Fame members, and is scheduled for 7 p.m. Friday, Aug. 15, at the Convocation Center on the campus of Arkansas State University.

“It’s always rewarding to be a part of a sold-out show,” said Carter. “But this show is especially gratifying because the money is going to two great causes – completion of the Johnny Cash Boyhood Home in Dyess, and college scholarships to Arkansas State in Johnny’s name. Every artist who has played this festival and Johnny’s children, are very proud that Johnny’s legacy helps young people get an education.”

"We are ecstatic to have this amazing talent at our event this year," said Dean. "To have three Country Music Hall of Fame members on the same stage outside of Nashville is a feat in itself, and that has been a big factor in this concert selling out. But it's also because the event itself has grown legs of its own and has a worldwide reputation. In fact, we have fans from four different countries represented at this year's show. It is gratifying to know that future generations will have the opportunity to embrace where Johnny Cash came from when they visit his Boyhood Home."

“I can’t think of a better way to begin the next stage of our relationship with the Cash family legacy than a sold-out crowd for this year’s festival,” Arkansas State Chancellor Tim Hudson said. “With the opening of the Johnny Cash Boyhood Home on Saturday, it is a fitting tribute to our years of collaboration. We want to thank all the artists over the past four years who contributed their talents to our concerts, to their thousands of fans and our local sponsors. Their combined support has made possible the restoration as well as a scholarship endowment for students with very similar backgrounds to the Cash family to attend Arkansas State.”

Over the past four years, a portion of the money raised at each concert has gone towards the purchase and refurbishing of Cash’s Boyhood Home in Dyess, Ark. Cash and his family lived in the home from 1935 through December 1953. On Aug. 16, the site will have its official grand opening with a dedication ceremony set to start at 10 a.m. CT. While the concert is sold out, fans of the superstar still have an opportunity to visit his Boyhood Home. A limited number of tickets for opening day are still available and can be purchased at Tickets.AState.edu.

The Johnny Cash Boyhood Home was part of a community established by President Franklin D. Roosevelt in the 1930s as a Depression-era agricultural resettlement colony. Part of the New Deal program, it provided an opportunity for destitute farmers, who were advanced 20 or 40 acres of farmland, a mule, a small home and money to buy food and plant crops—with the understanding that if they were successful they'd pay back the government.

“I lived the first 17 years of my life in that house,” said Joanne Cash Yates, Johnny’s younger sister and an integral part of the refurbishing of the house. “Little by little, every piece found its place. It has been a wonderful process. They say you can’t go back, but Tommy (Cash’s brother) and I went back today and we thank everyone for that. Every item in the house is where it was then. What you see in the house is what we had. There were a whole lot of tears today, but it’s been such joy.”

Recalling memories during a special VIP tour of the home, Joanne Cash Yates added, “Momma’s piano was such a peaceful thing for her to play. It was healing for her and to get away from the farm for a while. John would make cocoa, sugar fudge with peanuts, and sit and listen to the radio.”

Dr. Ruth Hawkins, head of the university’s Heritage Sites program, is the guiding force behind the restoration project. The project serves as a laboratory for Arkansas State students in the Heritage Studies Ph.D. program. Students have done much of the research and are assisting with oral history interviews, interpretation, programming and other aspects of the project. The Administration Building and the Cash boyhood home represent the first phase of the master plan. 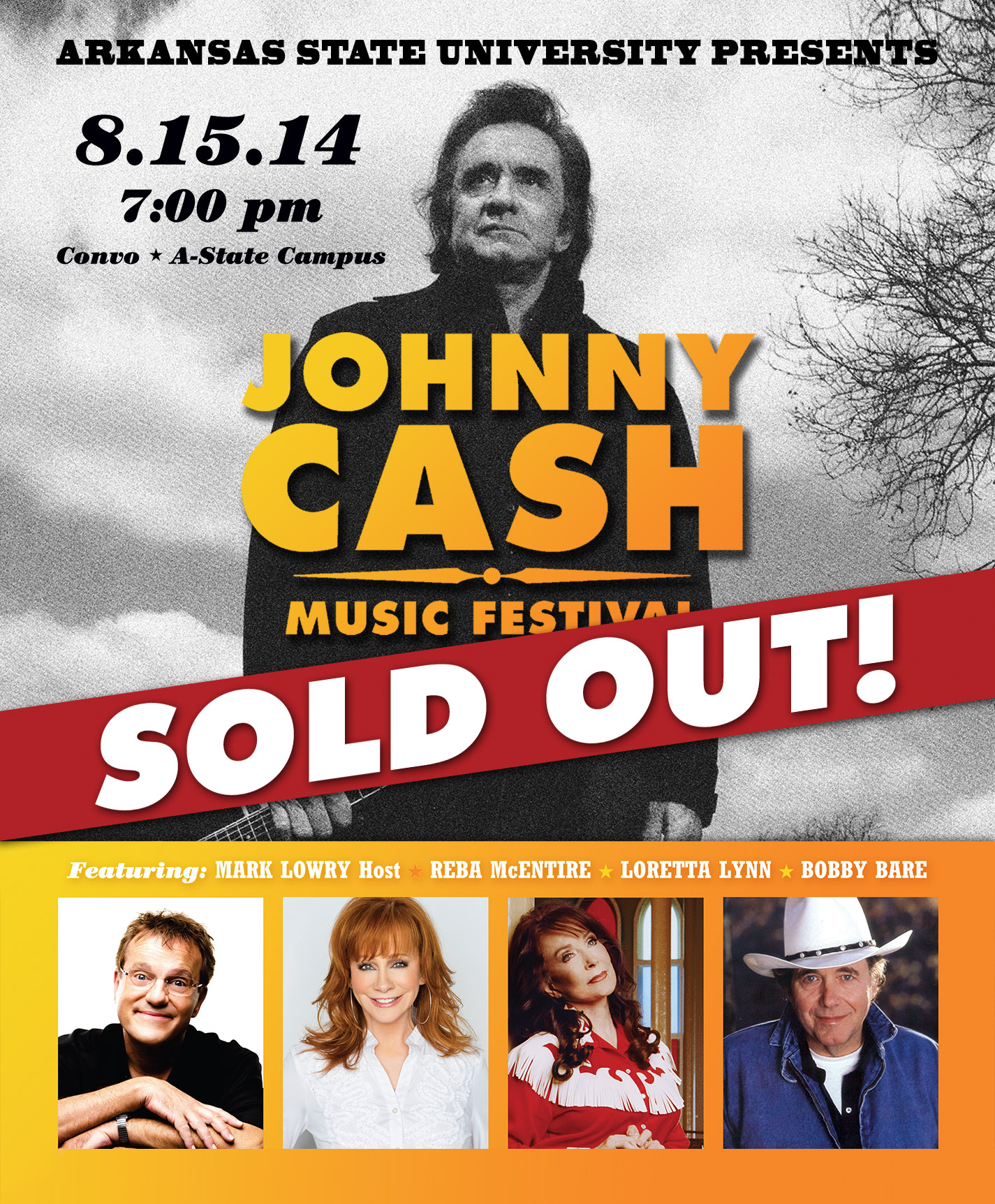