JONESBORO – The Bradbury Art Museum at Arkansas State University will host the fall 2015 Senior Exhibition with an opening reception Thursday, Dec. 3, from 5 to 6:30 p.m.  Two graduating seniors from the A-State Department of Art, Ricky Barker of Jonesboro and Jody S. Hughes of Batesville, will exhibit their artworks. Although both work with illustration their style and technique vary greatly.

Barker enrolled at A-State as a graphic design student, ultimately determining that a more appropriate fit was in the studio arts program with an emphasis in drawing.  While at A-State he participated in American Institute of Graphic Arts (AIGA) logo contests before moving on to the fine arts.  Recently his illustrations were included in “Season 12” at Manifest Gallery held in Cincinnati.

Barker’s flat and simple drawings are inspired by a variety of sources from Walt Disney and Akira Toriyama to his own early drawings and the desire to create video games and animated films. Currently he is working on a comic series called the “Scientific Adventures of PRAD and Friends.”

Prior to coming to A-State, Hughes illustrated a children’s book by Kenton Adler titled “An Alligator in Your Yard” through TigerEye Publications.  He has also participated in both the 2014 and 2015 A-State Juried Student Exhibitions, receiving an award for his work.  In 2015 he was awarded a Grant-In-Aid Scholarship from the Department of Art.  In 2013 he was part of a group exhibition titled “Human Express,” at the Black River Gallery in Poplar Bluff, Mo.

Hughes is working on an online graphic novel and is writing a young adult story about a magic rooster who thinks he is a god. Next year Hughes will teach an after school program for kids called, “How to Make Comics.”

During the opening reception Hughes will be creating individual portraits of museum visitors.  The drawings will be available to the sitter for a nominal fee and can be collected the final day of the show.  The 2015 Senior Exhibition continues through Friday, Dec. 18.

Bradbury Art Museum hours are noon to 5 p.m. Tuesday through Saturday, 2 to 5 p.m. on Sunday, and by appointment.  The museum is closed on Mondays.

The exhibition and the reception are admission-free and open to the public.  For more details, contact the Bradbury Art Museum at 870-972-3687, by email at bradburyartmuseum@astate.edu, or visit the website, BradburyArtMuseum.org. 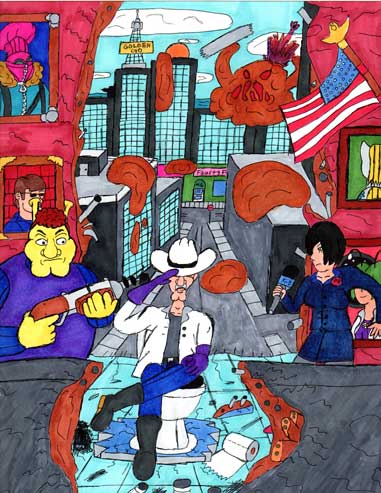 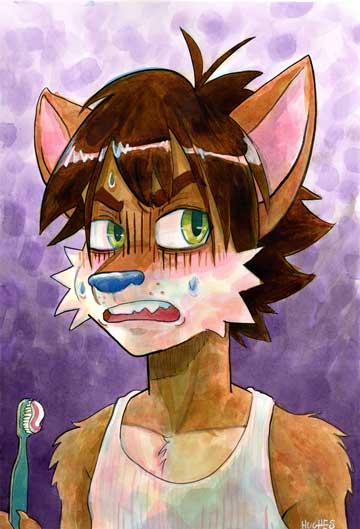