JONESBORO – A couple from Tuckerman who loved Arkansas State University has left an estate gift that will leave a long-lasting positive impact on the athletics program.

During their married life, Henry E. (Ezra) and Verbeth Coe developed a deep loyalty to the athletic teams that have represented Arkansas State since Ezra’s days there as a student in the 1930s.  Mr. Coe was a 1938 graduate of Arkansas State.

Before their passing, the couple designated a planned gift from their estate to support the mission of development at Arkansas State University.  Since they were enthusiastic boosters of the intercollegiate athletics program, it is appropriate for a portion of the gift, more than $650,000, to help finance construction of new club and suite-level seating at Centennial Bank Stadium.   Their total gifts to Arkansas State represent one-third of their nearly $3 million in bequests to higher education.

"Both Mr. & Mrs. Coe came from humble backgrounds in Arkansas (the Coe family is a long-established Jackson County family) and East Texas.  They worked hard, spent little, traveled for their own enjoyment and pastime, and were very conservative in their investments," explained Jerry Burchfield, the CPA for the Coe Estate.  "They particularly enjoyed going to football and basketball games at Arkansas State, often taking neighborhood youth with them," added William Coe, their nephew.

Verbeth was a graduate of the institution known today as Texas Woman's University, in Denton, and she remained proud of her East Texas roots.  In fact, after she and her husband located in Tuckerman, they sought successfully to have the street in front of their original residence renamed as "Texas Street."

At Arkansas State, she and Ezra were among the most dedicated sports fans, enjoying both basketball and football until they were no longer physically able to attend.

Fellow Red Wolves supporters will remember the Coes attended almost every sports event.  At football games they sat in the enclosed area of the press box known as Happy Hunting Grounds, named when the teams' nickname was Indians.

Generous donors to the university for many years, the Coes' previous gifts to A-State include a bell in the Dean B. Ellis Library carillon and the H.E. Coe Endowment Trust, which generates scholarships for student athletes.  They were inducted into the university's Legacy Society in 2003. 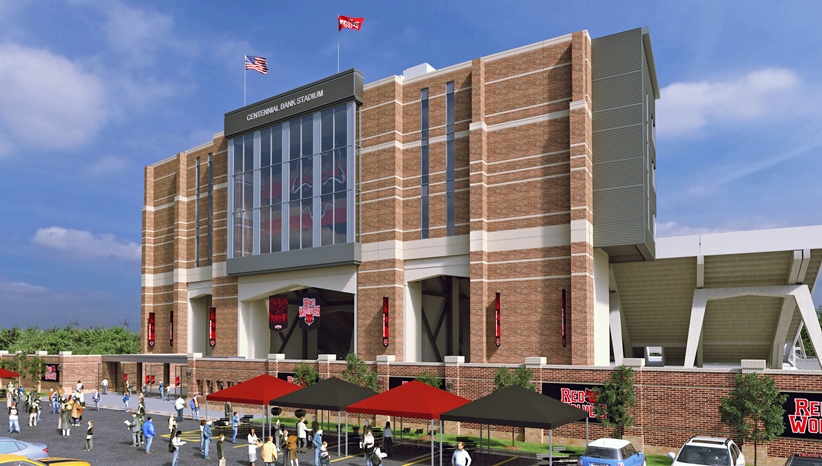