Lindquist dedicated his life and career to his art, to the art community of Arkansas, and to thousands of art students he taught and mentored as they embarked on their own careers.

A member of Arkansas State University’s Department of Art faculty from 1963 to 2003, the Jonesboro resident was nominated by individuals who are familiar with his distinguished career and professional service.

In a letter supporting Lindquist’s nomination, A-State Chancellor Tim Hudson pointed out that his prints are in permanent art collections worldwide, from the Arkansas Arts Center in Little Rock, to the Whitney Museum in New York City, to the Galleria degli Uffizi, Gabinetto di disegno in Florence, Italy.

Lindquist was recognized in 2004 as recipient of the Arkansas Arts Council’s “Governor’s Arts Award” because his extraordinary career and achievements.

“Though retired, Evan Lindquist continues to devote his energy and resources to art causes; he also continues to be a prolific, practicing artist,” Dr. Hudson wrote in his nomination letter.  “I believe he emulates the qualities of an artist laureate in which the State of Arkansas will be quite proud.” 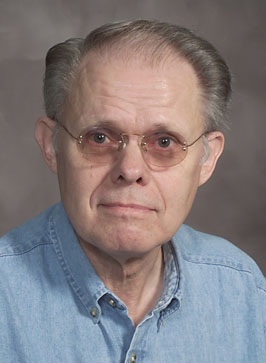 . . . Evan Lindquist continues
to devote his energy and
resources to art causes;
he also continues
to be a prolific,
practicing artist . . .