He replaces Matt Huckaby who has served as head coach on an interim basis during the fall schedule. Huckaby had previously been the head coach in 2010-11. He is a former two-time all-American for Arkansas State.

“I was at a crossroads,” said Delaibatiki who was being wooed to coach rugby programs when he heard the A-State job was open. “I was attending chiropractic college in Houston, Texas, and I needed a break. Coaching rugby was one of my opportunities. I inquired about Arkansas State and was encouraged to look at the program here. A lot of people were telling me that my coaching style matched A-State.”

When the Red Wolves take the field Saturday to host the four-team Arkansas State University Elite 7s Rugby Invitational, Delaibatiki will be present. The team will be coached by Huckaby who will finish out the 7s season and accompany the team to the College 7s National Championship, Nov. 23-24, in Greensboro, N.C. Delaibatiki will work with the 15’s through the end of the season and help Huckaby. “I’m training the guys who aren’t playing right now to get a head start before spring.”

Delaibatiki, who has been playing rugby since he was six years old, said the big reasons he was interested in the A-State position include the support of the university’s administration and the success of the rugby program. He also credits Huckaby and his father, Curt, who was the first rugby coach and remained in the job for 14 years before turning the reins over to Matt, with making the transition easy for him.

“We are very excited that NeMani has become a part of the Arkansas State family and will coach and direct the rugby program,” said Dr. Rick Stripling, vice chancellor for Student Affairs. “He brings strong credentials to the position. Also, I want to thank Matt Huckaby for stepping in to run the program during the interim.”

Delaibatiki has played rugby worldwide in addition to his homeland of New Zealand, Italy and Australia. In 2003, he moved to Pennsylvania to play Division 1 rugby and on to Palmer College where he served as a player-coach. In 2011, he moved to Houston and transferred to the Texas Chiropractic College and coached the Bay Area Rugby Club, a Division II club.

He has also served as the head coach of the Iowa Collegiate All-Stars in 2009 and 2010 and worked as an assistant coach for the Texas South Selects team in the 2013 Texas Cup Representative Series.

Delaibatiki, who goes by “Mani,” hails from Hamilton-Waikato, New Zealand, just south of Auckland. This area is known as the “Shire,” the town inhabited by hobbits in the “Lord of the Rings” movie trilogy and “The Hobbit” movie. The lush area was pictured extensively in all four films. It is also an area known as a dairy region, which is one of the reasons the city of Jonesboro appeals to him and his family.

“This region is similar to the farms of Hamilton,” continued Mani. “It wasn’t a culture shock for me and my family. The hospitality of Jonesboro and the community is overwhelming. We have been welcomed with open arms by the ASU administrators, the university itself, and the students.

“And, I’m very excited to be able to work with the rugby team group. I’m looking forward to the challenge ahead. We have a lot of up and coming young talent. I have faith in these guys.” 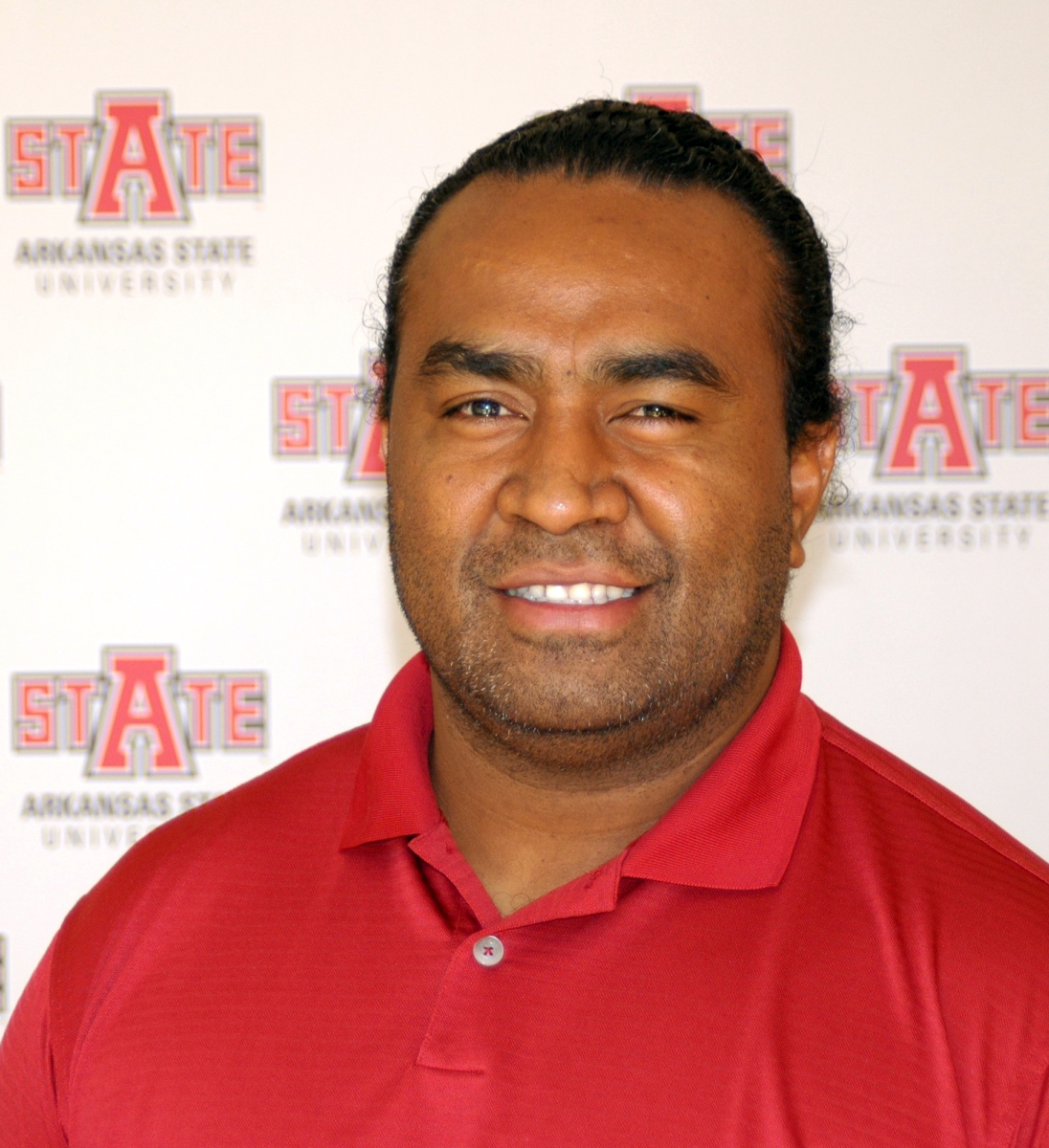