JONESBORO – Arkansas State professor of science education Dr. Tillman Kennon says that seeing a total eclipse of the sun should be on everyone’s bucket list.

Kennon already checked it off his when he observed a total eclipse in Hawaii in 1991, but about a dozen A-State students will have that opportunity and more when they travel to Fulton, Mo., Aug. 21 to gather data during the eclipse as part of a NASA study of the event.

A solar eclipse occurs when the moon moves between the sun and the earth, blocking out the sun’s light and casting a shadow on the surface of the earth.

Kennon, the students and Dr. Ross Carroll, A-State associate professor of physics, have been preparing for the eclipse for over a year.  With Arkansas experiencing only a partial eclipse, it is necessary for the team to travel to central Missouri, where they hope to launch a pair of high-altitude balloons carrying various instruments to study the phenomenon.

The balloons will reach altitudes that approach 100,000 feet – higher than 98 percent of the earth’s atmosphere, and high enough that the sky will appear black as opposed to blue.  The balloons will carry multiple cameras, tracking devices, and other instruments such as spectrometers and Geiger counters.

“Our record is just under 104,000 feet, and we have flown 49 times from Arkansas starting in 2006,” Kennon explained.  “The average is about 90,000 feet, but we’ve got a different balloon now and it seems like the average is getting higher.  We put a little less than two of the big cylinders of helium in it, and it will be 8-10 feet in diameter.”

Carroll said that as the balloon rises and air pressure decreases, it will expand to 30-40 feet in diameter before it bursts or is cut free.

“We have a device called a cutdown that fastens between the parachute and the balloon, and we can actually send a signal from our ground station to cut the line, so that if we needed to we could bring it down sooner.  Up until now, we just kind of let it go and waited until it bursts,” he said.

Although surface winds can be troublesome when filling the balloon, once it is up and clear of any obstructions, drift is minimal.

“The wind direction changes back and forth all the way up,” said Kennon.  “Once it gets up to about 60,000 feet, there is essentially no wind.  To get to the apex takes about an hour and 15 minutes.”

The final test launch occurred Sunday, July 23, and Kennon said the efforts were a success, with the equipment reaching an altitude in excess of 95,000 feet, tracked by a ground station located approximately eight miles from the launch site.  “The entire team did an incredible job under very hot conditions.  This was our first launch where the launch site and the ground station were not at the same location and with the exception of a few glitches, everything worked as planned.”

While the team has been training, timing has not been an issue, but because the eclipse will occur midday, the release time is critical.

“One challenge for us is that we have never been on a really hard timeline,” said Kennon.  “In past flights we have done, we usually try to launch around 9 a.m., but this one will have to be done around noon; we have to time it.”

Once aloft, multiple still and video cameras will begin recording the eclipse.

“The whole NASA objective, and there will be about 50 teams like us across the country, is to have it live, with the cameras not only seeing the sun, but seeing the shadow as it goes across the United States,” said Kennon.  “Anything else we do is just icing on the cake.”

The balloon’s payload, which can weigh up to 12 pounds, will not only include cameras and scientific instruments, but communication devices as well.  Communication tools aboard will include a pair of ham radios with GPS units and a device that communicates with the Iridium satellite constellation, which is an array of 66 communications satellites currently in orbit.

“It provides global coverage, and we have quite a lot of redundancy built in,” said Carroll.  “To send an email to the balloon if we need to cut the line or communicate, it basically sends a signal to space, and then back down to the balloon.”

Although totality will not be visible in Northeast Arkansas, Kennon said that students should be able to view a 90-95 percent eclipse, and strongly cautioned against watching it with the naked eye.

“The partial part of the eclipse that we see here will last almost two hours, and it will get noticeably darker outside,” said Kennon.  “As the moon covers more and more of the sun, even though it may not feel like it, the infrared and UV rays from the sun can damage your eyes.”

Kennon said the best way to view the eclipse is with special glasses made especially for that purpose.  He recommends glasses that filter out 100 percent of ultraviolet and infrared rays.  He cautioned that smoked glass, welding hoods and lesser quality viewing glasses that do not block out 100 percent of harmful rays are not adequate for protection.

The eclipse will begin shortly before noon and be at its fullest phase between 1-1:30 p.m.  After that, Northeast Arkansas will have to wait until 2024 for the next one.  Jonesboro will fall in the area of total eclipse in 2024, and also for the next one in 2045.  To view this year’s eclipse in totality, people should plan to drive approximately 45 miles north of Sikeston, Mo.

“Kids today don’t realize how fortunate they are to be alive at just the right time, because the last time an eclipse went through Arkansas and all the way across the United States was in 1918,” said Kennon.  “Pretty much, if they stay anywhere in the USA, they would have an opportunity to see three total eclipses in about a 35-year span.” 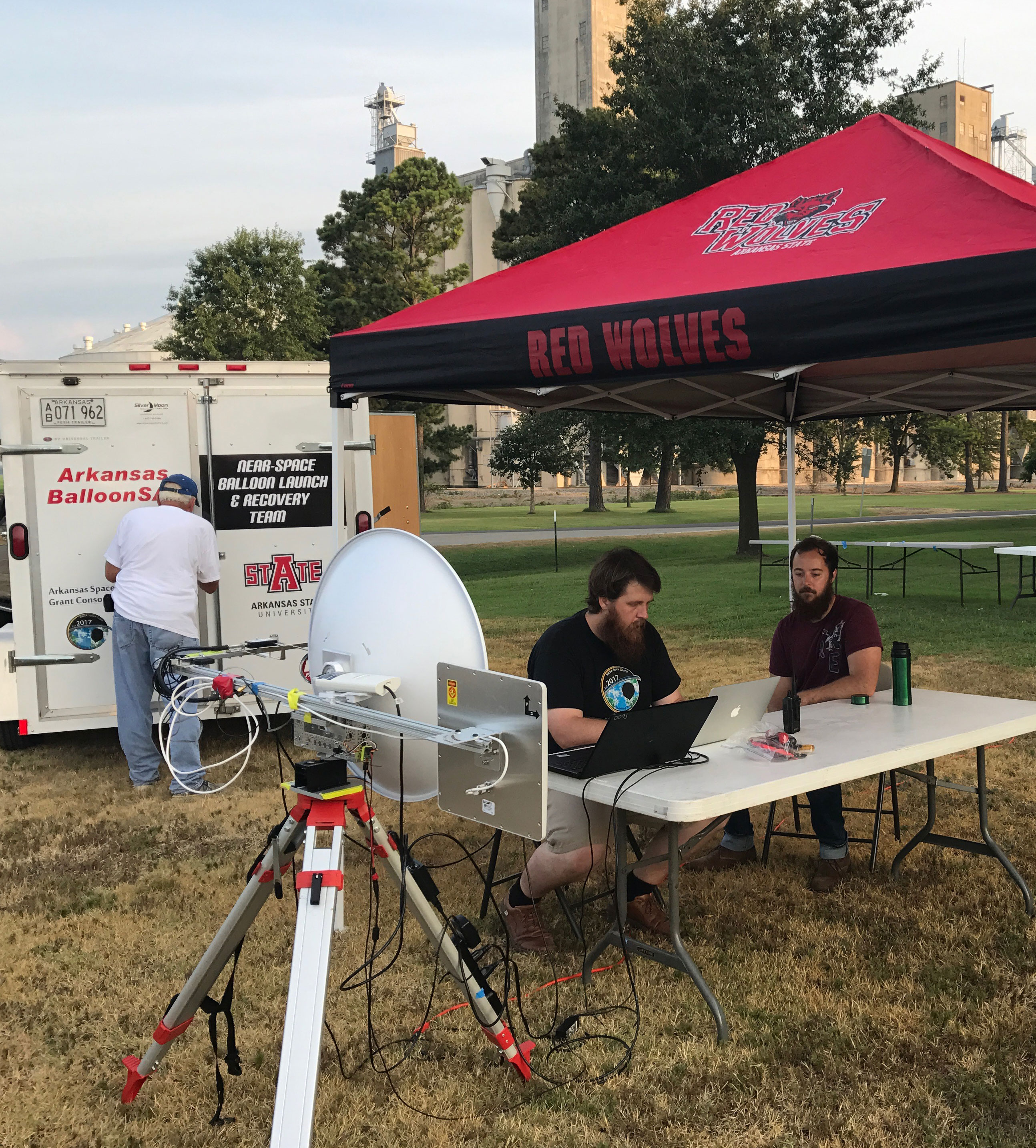