JONESBORO, Ark. — Rounds of discussion celebrating the birth of the United States Constitution will be the daylong focus when Arkansas State University observes the 2013 Constitution Day, Monday, Sept. 16. The occasion is sponsored by the College of Humanities and Social Sciences.

Activities will take place in the Carl R. Reng Student Union beginning at 9:30 a.m. in Centennial Hall on the third floor. The day will open with a special welcome by Dr. Lauri Umansky, dean of the College of the Humanities and Social Sciences, and Dr. William McLean, chair of the Department of Political Sciences. The University Choir will provide music.

“Constitution Day is an opportunity for everyone, but particularly for students,” said Dr. McLean. “The day is a chance to build on their prior knowledge of the Constitution to reach a greater understanding of the civil rights and liberties that Americans often take for granted.”

Constitution Day is a federal observance established in 2004 that marks the anniversary of the signing and ratification of the U.S. Constitution. The official holiday is actually Sept. 17. On that day in 1787, 39 delegates to the Constitutional Convention met for the final time to sign the document that sealed the freedom the founding fathers secured for this nation.

Following the welcome, focus groups will convene from 10-10:45 a.m. and 11-11:45 a.m. to discuss various topics, including “The Politics and History of Citizenship Race, Ethnicity and Gender” in the Student Union Auditorium. This panel will emphasize the politics and history of citizenship struggles of various groups in the United States. Attention will be paid to the struggle for equal protection under the Constitution for historically disenfranchised groups in America.

At this same time, “Constitution Jeopardy” will take place in the Pine Tree room. This is a fun and interactive assessment of what citizens know or don’t know about the Constitution and the U.S. government. The format is similar to the Jeopardy game show and allows students to compete for prizes. Seating is limited.

The A-State Moot Court team will present oral arguments from the 2008 case Comerford v. U.S. in both the Mockingbird room and the White River room. Law professor Chester Comerford was detained indefinitely for threatening the life of the President of the United States.

The specific focus of the Moot Court team will be whether the tracking of the defendant’s location through a cell phone violated the Fourth Amendment to the United States Constitution which states “the right of the people to be secure in their persons, houses, papers, and effects, against unreasonable searches and seizures, shall not be violated, and no warrants shall issue, but upon probable cause, supported by oath or affirmation, and particularly describing the place to be searched, and the persons or things to be seized,” and whether the President exceeded his authority when he ordered the indefinite detention of an American citizen.

The focus group in the Spring River room will discuss “Defining Citizenship Around the World” and explore how nations other than the U.S. handle citizenship and immigration. Several speakers will offer discussion on how countries around the world deal with issues dealing with imported labor, religious minorities, integration and other citizenship concerns.

Following a lunch break, guests will adjourn to the auditorium for an address by Dr. Douglas Baynton from the University of Iowa titled, “Defectives in the Land: Disability and Citizenship in the Age of Eugenics.” Dr. Baynton is an associate professor of American cultural history, history of disability and American sign language. 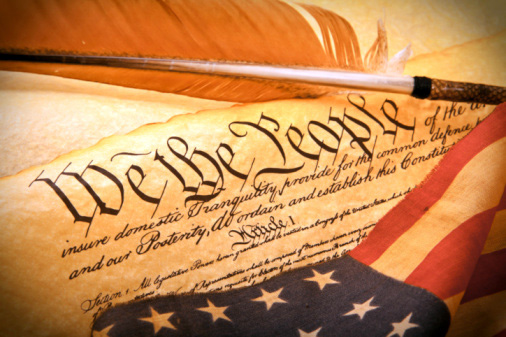