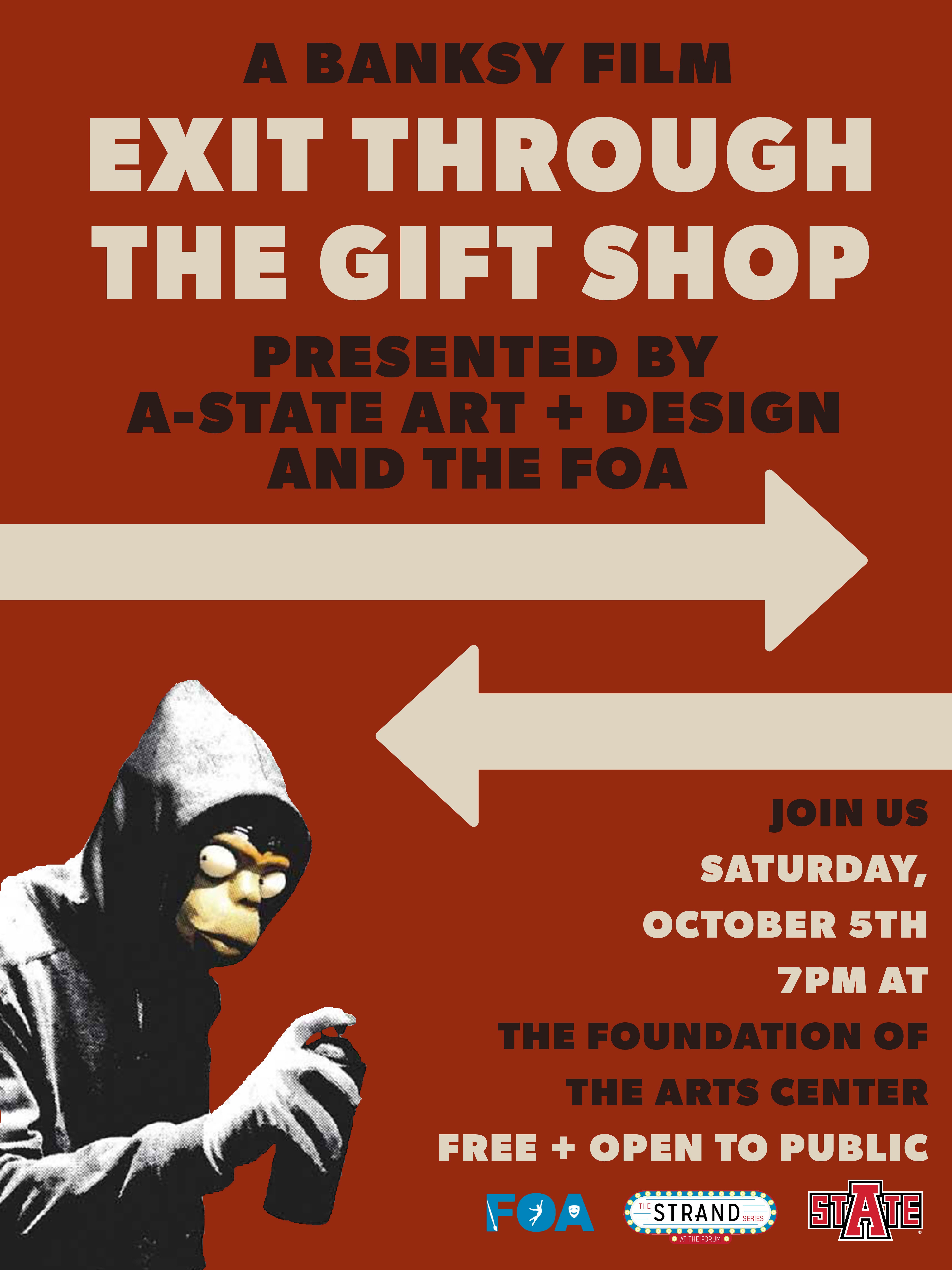 The following films will be shown as a part of an ongoing film series put on by the Art + Design Department. Each film will be shown in the Reng Student Union Auditorium, free of charge, and open to the public.

The infamous, shadowy British graffiti street artist Banksy has literally left his mark on cities throughout the world. He comes in contact with Thierry Guetta, a Los Angeles-based Frenchman who videotapes various underground art escapades, and later is transformed into an art phenomenon dubbed "Mr. Brainwash." Rhys Ifans narrates an overlapping documentary where the line between what is real and what might be fake blurs, as modern art and celebrity are put under the microscope.

A daughter is constantly overshadowed by her famous father, but she is determined to make her own mark in the world.

In celebration of Women's History Month, join us for the viewing of the documentary that explores the life of the abstract sculptor and the ritualistic processes through which she embodies traumatic memories in her artwork.

In Paris, a cat who lives a secret life as a cat burglar's aide must come to the rescue of Zoe, the little girl he lives with, after she falls into a gangster's clutches. Family-friendly.

The story of Nazi Germany's plundering of Europe's great works of art during World War II and Allied efforts to minimize the damage.

In a story depicted in oil painted animation, a young man comes to the last hometown of painter Vincent van Gogh to deliver the troubled artist's final letter and ends up investigating his final days there.

A young boy in a remote medieval outpost under siege from barbarian raids is beckoned to adventure when a celebrated master illuminator arrives with an ancient book, brimming with secret wisdom and powers.

A portrait of a patron of the arts extraordinaire who transformed a modest fortune and impeccable taste into one of the premiere collections of twentieth century art.