JONESBORO — For the second consecutive year, Arkansas State University’s Pi Theta chapter (Sigma Delta Pi) of the National Collegiate Hispanic Honor Society has been named as an honor chapter because of its outstanding activities in 2015-16.

Only 13 chapters received the distinctive award. Chapter adviser Claudio Eduardo, instructor in Spanish at A-State, was recognized for being instrumental in helping the organization to win the national honor.

“I have the honor to work with so many talented students that share a passion for the Spanish language and the Hispanic culture,” said Eduardo. “Moreover, our students and members want to go beyond that and they help A-State students to improve their Spanish, to study for their tests and to learn more about the culture for free.

“Also, our members take the time to have different fundraisers to help the community and people in need. This award motivates us to keep the hard work and represent A-State in the nation.”

Each summer, more 600 chapters of Sigma Delta Pi across the U.S., are asked to submit an annual report detailing their numerous activities and projects from the academic year. Based on these reports, the national executive committee selects 10-15 awardees annually.

Chapter recognitions are established upon the caliber of chapter projects that reflect the Sigma Delta Pi mission of honoring excellence in the study of the Spanish language, contributing to cultural understanding and upholding the goals of the society.

In 2014-15, Eduardo re-activated the A-State chapter after a 27-year hiatus. The organization has students with majors and minors in Spanish and who have a passion for other languages and cultures.

Eduardo, originally from Arequipa, Peru, was named as a co-recipient of the Minaya Álvar Fáñez Award in January as the society’s chapter adviser of the year. This award recognizes a chapter adviser for exemplary initiative in encouraging and assisting with chapter activities.

With its national office at the College of Charleston in South Carolina, Sigma Delta Pi is a member of the Association of College Honor Societies, the nation’s only certifying agency for college and university honor societies. 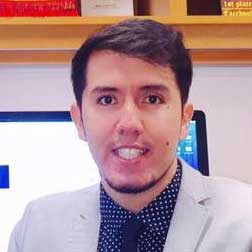