Scholar J. Jack Halberstam to Give Two Lectures at A-State

JONESBORO – Dr. J. Jack Halberstam will be delivering the keynote lecture at the "Rural Freaks Conference on Marginalization, Liminality, and Queerness" on Thursday, Feb. 18, at 6:30 p.m. in the Cooper Alumni Center on the campus of Arkansas State University.

The conference is hosted by the A-State Feminist Union and A-State Women and Gender Studies program.  According to Cody Jackson, president of the Feminist Union, the conference is dedicated to sharing the experiences of people and identities living in rural spaces and will portray the work of undergraduate and graduate students and faculty in a number of different fields such as gender studies, rural studies, LGBTQ studies, queer theory, history, rhetoric and more.

Halberstam will also be giving a second talk on Friday, Feb. 19, at 10:30 a.m. in the Humanities and Social Sciences Building, auditorium 1028.  All conference panels will take place within the HSS building as well.

A professor of American Studies and Ethnicity, Gender Studies and Comparative Literature at the University of Southern California, Halberstam is the author of five books including: Skin Shows: Gothic Horror and the Technology of Monsters, Female Masculinity, In A Queer Time and Place, The Queer Art of Failure, and Gaga Feminism: Sex, Gender, and the End of Normal.  He also has written articles that have appeared in numerous journals, magazines and collections.
​
He has co-edited a number of anthologies including Posthuman Bodies with Ira Livingston and a special issue of Social Text with Jose Munoz and David Eng titled “What’s Queer About Queer Studies Now?” Halberstam is a popular speaker and gives lectures around the country and internationally every year. Lecture topics include queer failure, sex and media, subcultures, visual culture, gender variance, popular film and animation.

More information about this event and the Rural Freaks Conference can be found at the conference website – http://ruralfreaks.weebly.com – or by emailing RuralFreaksConference@gmail.com. 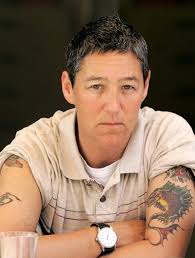