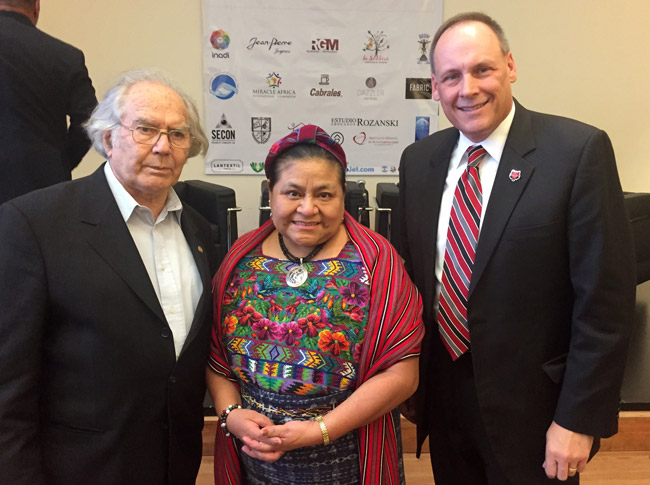 The network, launched by Argentinian singer, poet and philosopher Odino Faccia, included a summit with the Nobel Peace Prize winners and other representatives sponsoring peace throughout the world and a concert that premiered theme songs for the campaign: “Busca la Paz (Search for Peace)" and “Somos el Cambio (We Are the Change)."

Arkansas State Campus Querétaro has committed to earning the designation of “Campus for Peace” and Rawlins has been asked to set up a network of university rectors (presidents) in Mexico to promote peace.