DYESS, Ark. — A full day of presentations and reminiscing dominated day two of the 2018 Johnny Cash Heritage Festival. The symposiums were part of the “Ties that Bind” academic theme for the three-day event.

Elementary and junior high students from the area, known as the Rivercrest Voices, performed on the Dyess Colony Circle outdoor stage during the noon lunch break.

The trio offered a small sampling of the “Memories” project containing video interviews with past residents sharing their oral histories.

“We wanted to start a project where people could learn and have a story about what people in Dyess experienced,” said Dr. Salo. Manatt’s students did work on the project with help from Dr. Bowman.

“Some of the interviews came from former residents about how they and families were impacted by the flood of 1937,” added Dr. Bowman. “Also, everyone talked about what a great place Dyess was to grow up in.”

Joanne Cash Yates, sister of Johnny Cash, was present and shared several stories about her family growing up in Dyess.

Dr. John Alexander had the keynote presentation at 3 p.m., titled “The Man in Song: A Discographic Biography of Johnny Cash.” Dr. Carl Cates, dean, College of Liberal Arts and Communication, Arkansas State University, served as moderator and the presentation was followed by a book signing. 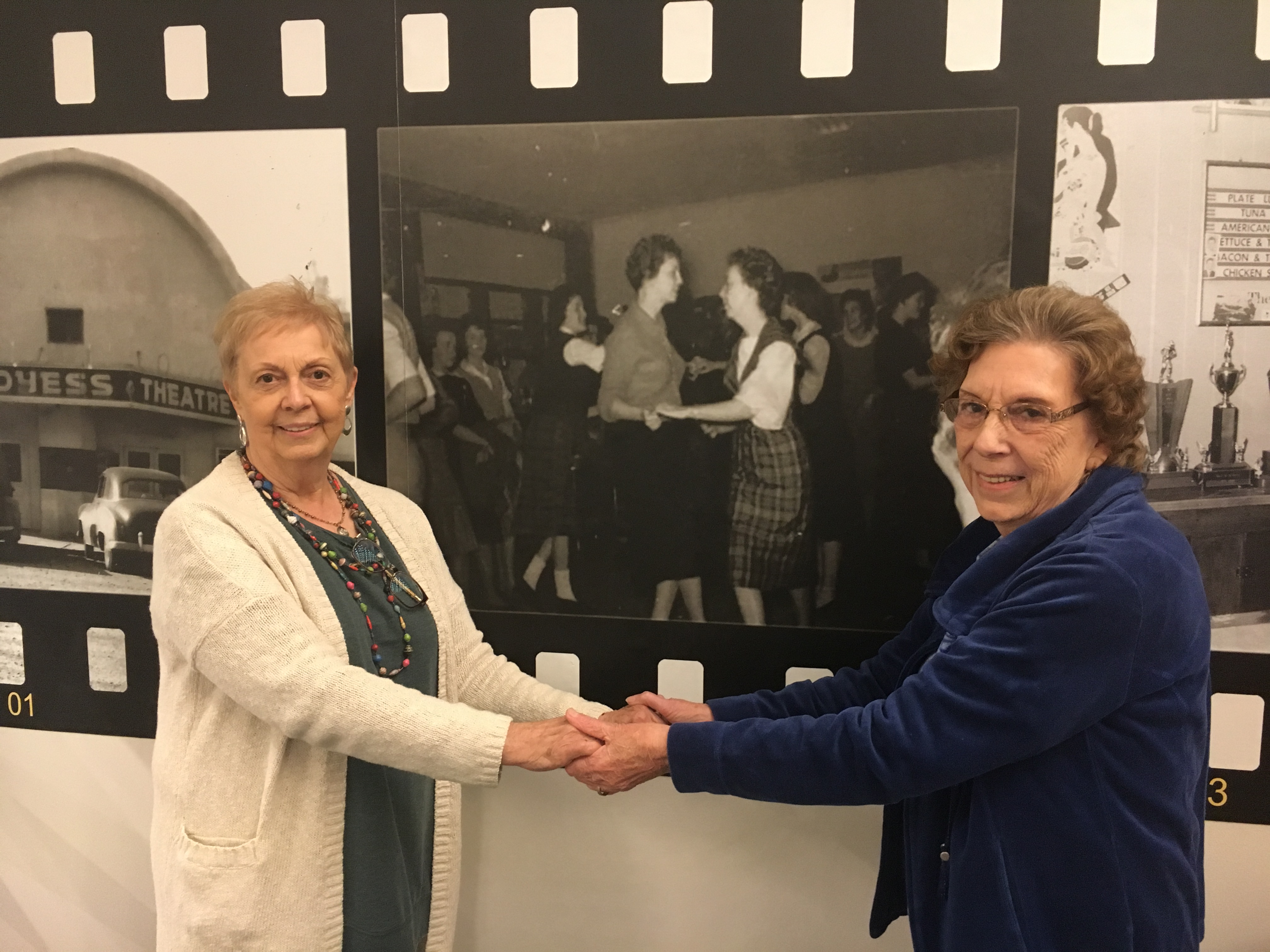 Sanna (Kimbrell) Burlison (left) and Jean Ann (Cannon) Jennings recreate a photo of themselves on the wall at the Dyess Colony Visitor's Center during the Johnny Cash Heritage Festival.