JONESBORO – As he prepares for literally the next stage of his education, theatre major David Norris is working from a script he would not have imagined just a few months ago.

A senior at Arkansas State University and a native of Southside (Independence County), Norris is one of only six individuals in the country selected to participate in a prestigious and competitive theatre program. His application was one of more than 500 submitted.

The promising theatre artist is now participating in the National Young Playwrights in Residence Program, which is conducted by the Echo Theatre Company of Los Angeles.

"A-State has prepared me greatly for this opportunity. I’ve been privileged to have knowledgeable and talented professors who have helped me hone and discover the skills necessary to be a successful artist," Norris commented.  "I was extremely honored to be selected to participate in this program."

A theatre major with an emphasis in directing, Norris has enjoyed his roles as an actor in A-State Theatre productions of "As You Like It," "Macbeth," and several Summer Children’s Theatre productions.  In May, Norris will graduate from A-State with a bachelor degree in theatre, with a directing emphasis, and a minor in music.

Norris's credits extend beyond the stage, with most recent experience as assistant scenic designer and assistant director for the production of "Silent Sky," and dramaturg for the production of "Animal Farm."  As dramaturg, David conducted research into the world of the play and worked to create educational materials to build connections between the performance and the audience.

"David is one of our most driven students. His body of work demonstrates his commitment to learning about the field holistically," observed Marc Williams, assistant professor of theatre and co-chair of the department.  "His work to discover how theatre is made in a broad sense has aided his growth as a playwright.  The Echo Theatre program culminates in David writing an entirely new play and flying to Los Angeles where it will be workshopped with professional actors and a director, so it helps that David has experience as a director himself."

As part of the young playwrights program, Norris consults each month with his assigned professional mentor, Dominic Finocchiaro, a playwright based in Brooklyn, N.Y., who has frequently collaborated with the Echo Theatre Company.  They discuss his ongoing work, both in the playwrights program and at A-State.

"It’s extremely flattering to have professionals whose work I admire to say they believe my work is worth investing in and has merit," he continued.

"My mentor and I will meet via video chat throughout the year as I write a new full-length play. In June, my fellow participants in the program and I will be flown to Los Angeles and will get to see professional actors perform our work at the Echo Theatre."

In addition to being a co-founder of A-State Improv, the student improvisation performance club, he found time as a music minor to participate in Madrigal Feaste, two years as the steward, and one year as the jester.  His extracurricular activities include serving as treasurer for the Male Chorus and captain of the quidditch team.

"The structure of the classes and campus life have allowed me to explore a ton of different opportunities and meet a diverse group of people. Thanks to A-State, I’ve been able to experience a variety of lifestyles and events that have helped inspire my art," he continued.

"This is an amazing opportunity that will allow me to meet tons of talented artists and professionals, and perhaps it will lead to more work in the theatre," Norris emphasized.  "At the very least, I now have my first month after graduation planned, so that’s a step in the right direction.  I’m just thrilled there are people who like my work and I’m ecstatic to be given a bigger platform to showcase that work." 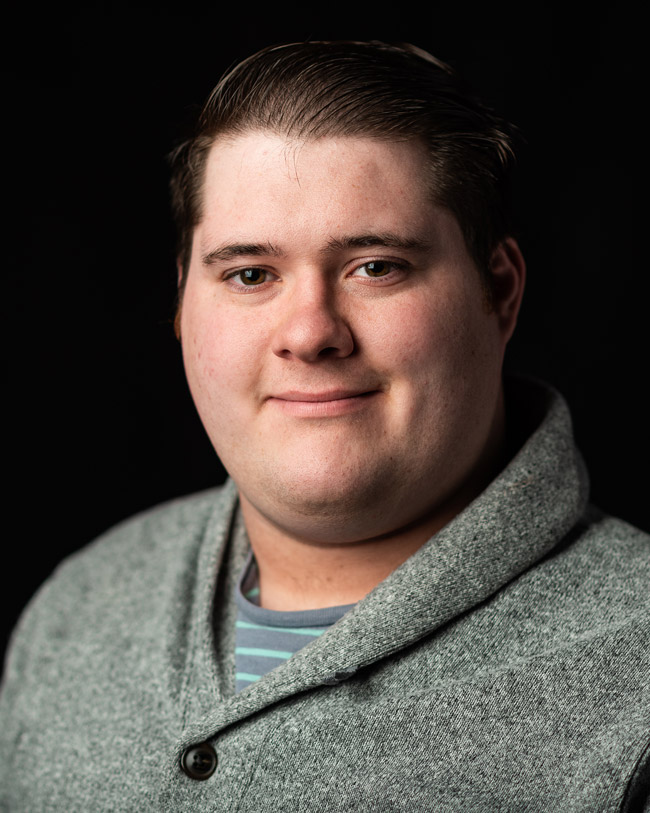