JONESBORO -- Arkansas State University’s Office of Marketing and Communications won four awards, including a gold, two silver and a bronze, in the annual competition conducted by District IV of the Council for Advancement and Support of Education (CASE).

The winning projects were produced for various units on campus by staff members in Marketing and Communications, which is directed by Associate Vice Chancellor Bill Smith.

“Earning recognition from CASE is very special as these awards are judged by our peers within the higher education field," Smith stated. “Year after year, the group of professionals we have at Arkansas State have continued to earn top honors, which reflects the overall commitment from every area of our office.  It’s a privilege to serve with such dedicated and talented professionals, and even more so to have their peers recognize their top work.”

Arkansas State won gold in the design category for posters in recognition of the series of promotional posters for A-State Theatre's 2018-19 season of stage productions.

One silver award was in the design category for special pieces, in recognition of a recruitment piece announcing A-State accepts ACT SuperScores, and encouraging prospective students to submit their ACT scores as part of the application process.

The second silver award was in the category of institutional campaigns, for the entry featuring a variety of materials produced to raise awareness of the "Pack PACT: Sexual Assault and Support Awareness Campaign."  Among the items produced were pins, posters, door hangers, notepads, the Pack PACT Walk map and signage.

The bronze award was in the design category for viewbooks, the recruitment publication for distribution to prospective students.  A-State won with its entry, "We Do Ships," a play on associated words ending in "ships" such as scholarships, friendships, internships, and championships. 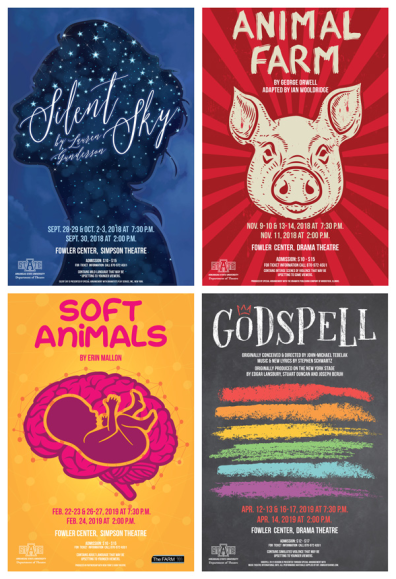 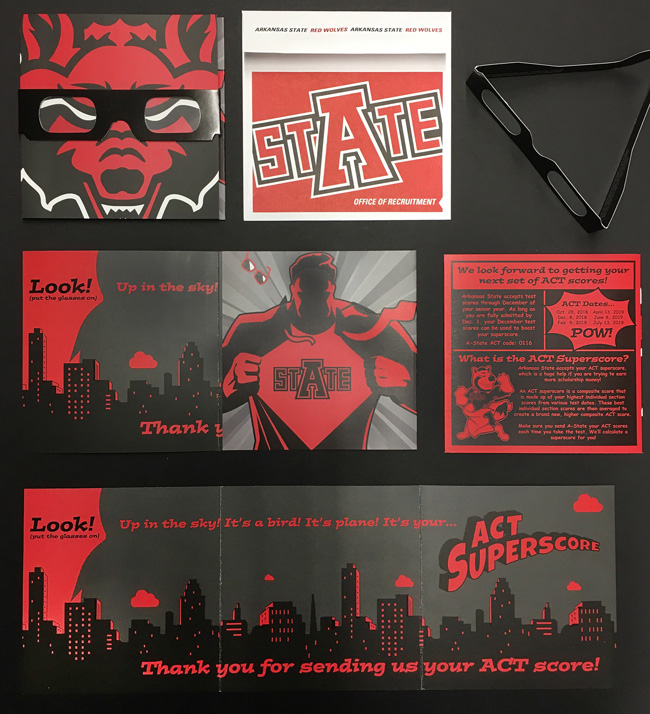 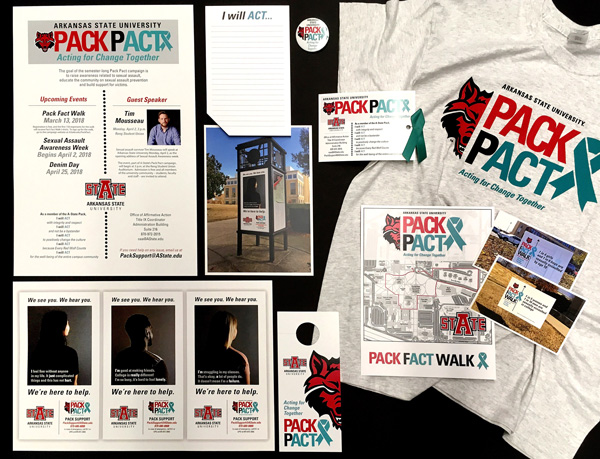 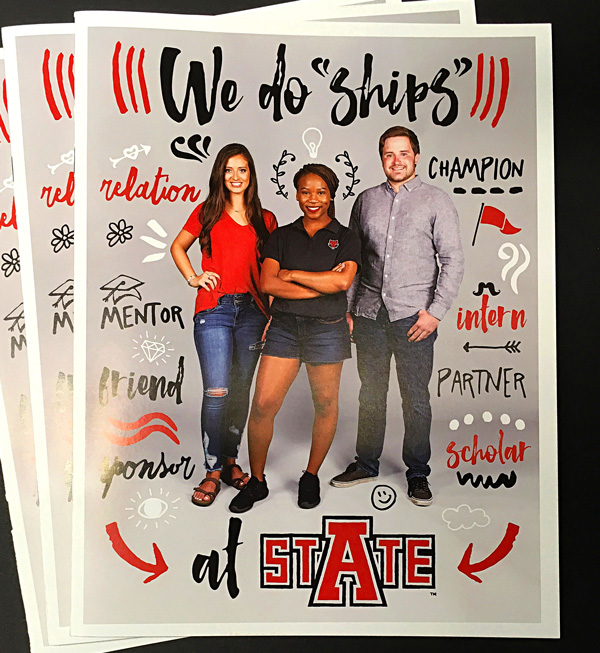