JONESBORO – A number of Arkansas State University faculty members, students and alumni will join in a performance with the Krakow Forum Sinfonia for a Lecture-Concert Series presentation on Monday, Nov. 30.

The 7:30 p.m. concert in Riceland Hall of Fowler Center, 201 Olympic Dr., is open to the public. Admission is free.

The Sinfonia's appearance also is supported with funding from the Department of Music, the College of Fine Arts, the Society of Composers, Inc., Chapter, the Office of Diversity, and the A-State Orchestra.

"We have hosted a group from Poland each year for more than 15 years," stated Dr. Dan Ross, professor of music.  "This year, with sponsorship from the Lecture-Concert Series, we are able to collaborate with more local artists for a performance of the Bach 'Magnificat in D Major,' as well as other seasonal favorites."

Ross and Katherine Bowden, oboists, have performed with the Forum Sinfonia on many occasions.  They will be featured in the program's opening selection, Vivaldi's "Concerto in d minor for Two Oboes."

Bach's 'Magnificat' will involve additional instrumentalists, a local chorus and soloists from throughout the local region, Ross added.

Dr. Sarah Jones-Hayes, instructor in strings at A-State, will serve as concertmaster for the Lecture-Concert Series program.  She also is a featured soloist for Vivaldi’s Four Seasons “Winter” Concerto.

"The Forum Sinfonia is an outstanding group of musicians. I'm thrilled that our students and community have this opportunity to hear and work with them," she said.

Guest conductor for the concert will be Jonesboro native Kelly Craft, an alumnus of A-State's Department of Music.

"The Forum Sinfonia will really be doing a lot in Jonesboro and A-State this season," Craft said, noting the additional performances and student interaction in which they will be involved while in Jonesboro.  "We are so privileged to have them here."

The A-State Orchestra also will have a special opportunity to work with Forum Sinfonia at an orchestra workshop Saturday, Nov. 28.

"It's an all-day event concluded by a concert at 7:30 that evening in Fowler Center," Jones-Hayes explained.  "The Forum Sinfonia conductor, Piotr Sulkowski, will be working with the group and conducting the concert at the end of the workshop. He's absolutely fantastic."

The Krakow Forum Sinfonia will be performing with the A-State Orchestra again on Monday, Dec. 7, at Fowler Center.

"This concert will be special for a number of reasons," Jones-Hayes continued.  "Not only will Forum Sinfonia be performing with the A-State Orchestra, we will also be featuring a guest soloist, Hal Grossman, who is a violin professor at the University of Oklahoma.  Our A-State orchestra concerto competition winner, Allen Zirkle, also will be featured as a guest soloist."

Founded by Sulkowski in 1993, Forum Sinfonia has been called "one of the best chamber orchestras in the world."  Acting under the auspices of the Academy of Music in Krakow, Poland, the group's prize-winning performances have brought them many awards and engagements throughout Europe and the United States.  Their repertory ranges from Baroque to contemporary compositions. 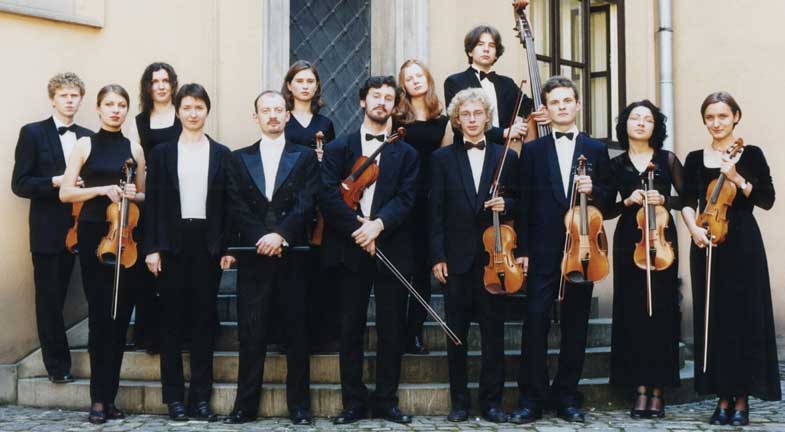