JONESBORO – The family of an Arkansas State University alumnus has endowed a gift for a memorial scholarship in the man’s honor.

Dr. Timothy Burcham, dean of the College of Agriculture and Technology, said the Joseph H. Daniel Memorial Scholarship will assist a junior or senior agribusiness major who maintains a 3.25 or above grade point average.

Joe Daniel was born in Tennessee; during his childhood, the Daniel family moved to Helena, and eventually settled in Earle, in the 1940s. Joe stayed behind in Helena, where he worked two jobs to earn money for tuition to the then-Arkansas State College in Jonesboro.

World War II called and Joe Daniel answered. According to a 1986 story for the student-run newspaper, The Herald of Arkansas State University, Daniel said he was a part of the Ninth Air Force, was in five major battles during the war, and was a part of the second wave to invade Normandy. It was while he was in France Daniel learned of the bombings of Hiroshima and Nagasaki, Japan.

Returning to Arkansas in 1948, Daniel told The Herald reporter he worked so he could return to ASC, where he wanted to play football for Coach Frosty England. (He was a part of the team that competed in the 1952 Refrigerator Bowl.)

“We were residents of the old Dairy Barn, which was across from the Reng Center,” he continued. There were four apartments upstairs for married football players.

Daniel completed his degree work in three years; he graduated in 1952 with a bachelor’s degree in agriculture. Following graduation, he taught agriculture one year and then entered the farm equipment business as an employee of the J.I. Case Co. for several years before becoming one of the original employees of Kubota Ltd., in the United States. He said he built his division from a one-man operation to an organization of more than 240 dealers before he and his wife retired to Middle Tennessee. Daniel died in 2004.

“Our scholarship program is critical to ensuring the College of Agriculture and Technology continues to provide the best learning environment––not just for our agribusiness students, but for all our students,” Burcham said.

“It is scholarships like this one, that remembers and respects an A-State alumnus’ life and career, that can motivate and encourage future students to commit themselves to their studies and eventually their careers. We are enormously grateful to Mr. Daniel’s son, Steve, for honoring his father in this way.”

The Joseph H. Daniel Memorial Scholarship will be available beginning the fall 2015 semester. For more information on this scholarship and others at A-State, visit AState.edu/a/finaid/. 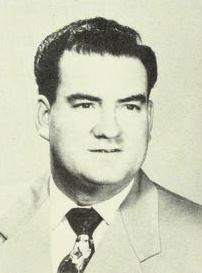