McGEHEE, Ark. — Actor George Takei spoke quietly and thoughtfully as the Japanese American internment museum and the exhibit, “Against Their Will: The Japanese American Experience in World War II Arkansas,” were commemorated through two ceremonies in Desha County on Tuesday.

The museum is located at the McGehee’s historic train depot at 100 South Railroad Street, and will serve as the Jerome-Rohwer Interpretive and Visitor Center The dedication was sponsored by the McGehee Industrial Development Foundation, and the unveiling of outdoor exhibits developed through Arkansas State University at the Rohwer Relocation Center followed. Both projects were initiated through grants from the Japanese American Confinement Sites Program at the National Park Service, U.S. Department of the Interior.

“This is a very important time for America and this community,” said Takei who portrayed Lieutenant Hikaru Sulu on the original Star Trek television series and Star Trek motion pictures. “This museum was built as a place where people could connect with each other. Today, it transports us in time and space to another time for America. It has resonances that are profoundly important.”

In 1942, following the attack on Pearl Harbor, the federal government forced Japanese American citizens to leave the West Coast, out of fears for national security. They were imprisoned during the war at 10 relocation centers, mostly in western states, with two in Arkansas – at Rohwer just north of McGehee and at Jerome just south of McGehee. These towns were the temporary homes for more than 17,000 incarcerated Japanese Americans. Takei was interned as a young boy with his family at Rohwer.

“I was too innocent to understand what that experience meant,” continued Takei. “To my parents it was intimidating and infuriating. I could see the barbed wire fence outside my tarpaper barracked schoolhouse window, as I would say ‘with liberty and justice for all.’ “My father said, ‘our democracy is a people's democracy and can be as good as people are or as fallible as people are.’”

The outdoor interpretive exhibits at the Rohwer site include a series of kiosks and wayside panels, with audio components narrated by Takei. Researched by students in the Heritage Studies Ph.D. Program at Arkansas State University and designed for the university by the 106 Group of Minneapolis/St. Paul, the exhibits provide a glimpse into the lives of Japanese Americans once interned there. The exhibits will be maintained by Desha County.

A National Historic Landmark, the Rohwer site today includes only the Japanese American cemetery and the remains of the camp’s hospital smokestack. Preservation work at the cemetery is expected to begin later this spring under the leadership of the University of Arkansas-Little Rock.

Matching grant funds for the Rohwer exhibits were provided by Arkansas State University, with support from the Arkansas Department of Parks and Tourism, Desha County, and the National Trust for Historic Preservation. Matching funds and support for the McGehee museum grant were provided by the McGehee Industrial Foundation, the Arkansas Economic Development Commission, the Arkansas Department of Rural Services, Clearwater Paper Corporation, and the Joseph F. Wallace Trust.

The featured exhibit, created through the University of Arkansas-Little Rock Public History Program, is on loan from the Delta Cultural Center in Helena.

“Communicating with former internees and their children has been so meaningful and educational,” said Cindy Smith of McGehee, who coordinated the day’s events and currently serves as chair of the Arkansas State Parks, Recreation and Travel Commission. “It is a pleasure for the city of McGehee to help preserve this history.” 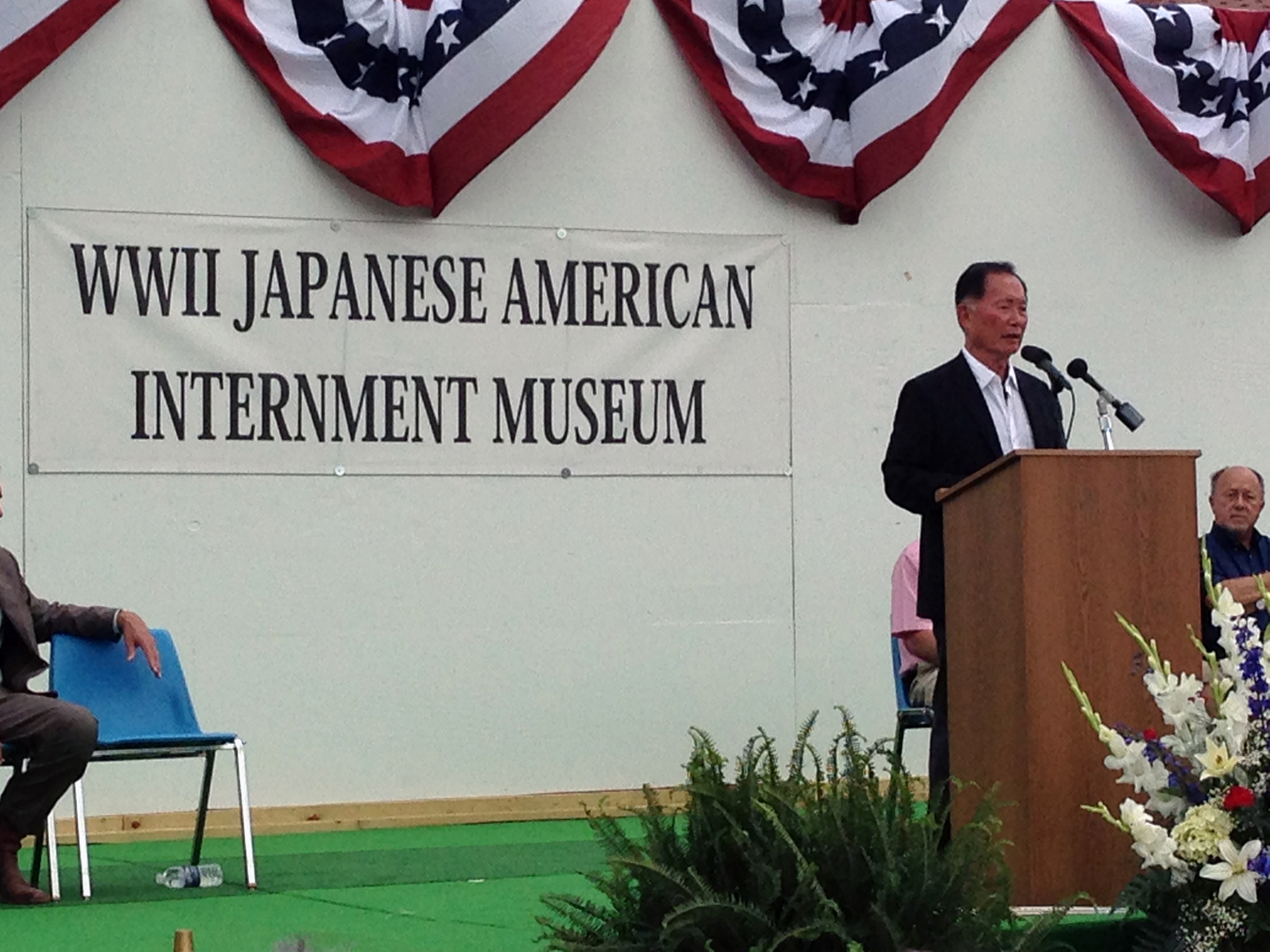