JONESBORO – A book written by an Arkansas State University faculty member outlining China’s social insurance throughout history has been published and is available to the reader.

The publication, titled “China’s Social Insurance in the Twentieth Century: A Global Historical Perspective,” was written by Dr. Aiqun Hu, associate professor of history. She was notified by letter from officials at Brill Academic Publishers, a firm that specializes in scholarly publishing, the humanities and social sciences, international law and selected areas in the sciences.

The book, released Oct. 30, was published as part of Brill’s series, “Studies in Global Social History.”

“This book is the result of my longtime hard work in China, the United Kingdom and the United States,” said Hu.

In the book, Hu examines the history of social insurance in China dating back to the 1910s through a framework of “interactive diffusion of global models.” Covering the Nationalist and Communist-controlled area (1927-49) and Taiwan (1949-present), the book surpasses the party divide that has long dominated the scholarship.

Although China’s social insurance reforms and Taiwan’s pension reforms were directed by the World Bank’s models that repositioned the approach to economic factors from the public sector to the private, global forces provided the basic intellectual framework, while national forces determined the timing and specifics of adopting the models.

In his review of the book, Patrick Manning of the University of Pittsburgh and president of the American Historical Association, said, "Aiqun Hu’s innovative and important study traces China’s first century of social insurance. German origins and ILO propagation underlay the Chinese plans to insure the injured, old, sick and unemployed—but competing Chinese interests encountered the challenges of war, revolution, fiscal solvency and the alternatives of the Soviet welfare state followed by neoliberal privatization. Dr. Hu’s path-breaking study of socio-economic change is analytically comprehensive and technically superb. It sets a high standard for comparative analysis of large-scale social institutions in world-historical context."

Hu joined the A-State faculty in 2007 and has authored or reviewed a dozen publications. Her next book project is a global history of social protection, tentatively titled, “Extending Social Citizenship: The Transnational Movement for Universal Social Protection, 1880s-2010s.” Her teaching specialties include modern China, East Asia and global history. For additional information about her latest book, check the Brill website at http://www.brill.com/products/book/chinas-social-insurance-twentieth-century. 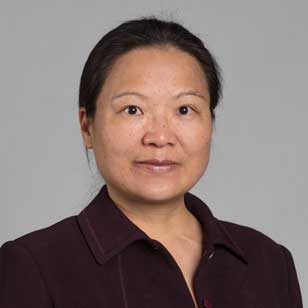