Gordy to Address Veterans' Issues in next Lecture Event

JONESBORO – Jonesboro resident David Gordy, a military veteran, will make the next presentation in the 2017-18 Lecture-Concert Series at Arkansas State University.

He will speak Thursday, Nov. 9, at 12 p.m. at the west entrance to the Humanities and Social Sciences Building (GPS: 2401 Aggie Road).

Gordy, who will speak on the issue of post-traumatic stress disorder (PTSD) that affects veterans, was stationed in a U. S. Army Infantry unit in Iraq from 2004 to 2005.

Since returning, he has battled addiction and was later diagnosed with PTSD. In 2015, after years of therapy to manage the disorder, Gordy and fellow Jonesboro native Gary Miranda organized a PTSD support group for veterans in the Jonesboro area. The group meets regularly and averages about six to seven veterans per night.

Members of the PTSD Foundation of America Arkansas Chapter will be on hand to tell their stories, describe how PTSD has affected their lives, and offer suggestions as to what citizens can do to help veterans manage.

Everyone is invited to attend and join in thanking the local veterans for their many sacrifices, listen to their stories, and learn about what individuals can do to assist them in their transition back to civilian life. 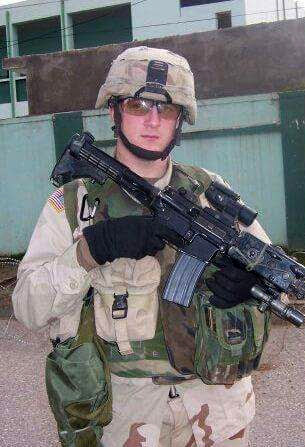