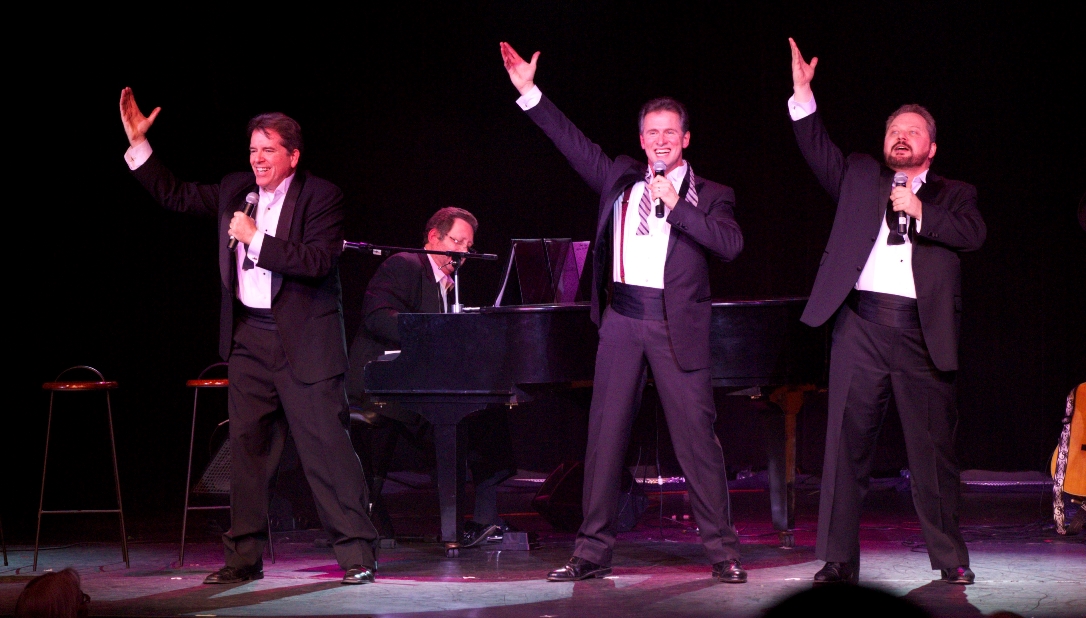 JONESBORO -- Arkansas State University’s Fowler Center, 201 Olympic Drive, will present “The Phat Pack -- Broadway at Its Best” as the next concert in the Riceland Distinguished Performance Series, on Thursday, Nov. 13, at 7:30 p.m. The sponsor for the show is Posey Peddler.

With an amusing name that’s a split salute to Phantom of the Opera and the Rat Pack, the Phat Pack show celebrates the beloved tunes of Broadway. Three performers—Bruce Ewing, who played Jinx in “Forever Plaid,” Ted Keegan, who played the Phantom in “Phantom Of the Opera” on Broadway, and Randal Keith, who played Valjean in “Les Miserables” on Broadway—sing the great songs of Broadway, American standards, Las Vegas favorites, and more.  They also share stories of their lives and careers, according to Dr. Wendy Hymes, director of Fowler Center.

The Phat Pack has received rave reviews after opening in Las Vegas, being named Best All Around Performers in 2013 by the Las Vegas Review Journal.

A native of Suffern, New York, and graduate of the Hart School of Music, Ewing has spent the past six years appearing in Sir Andrew Lloyd Webber's "Phantom: The Las Vegas Spectacular" at the Venetian Resort & Casino in Las Vegas.  His credits include the national tours of "Forever Plaid," "City of Angels," "Grand Hotel" and "Ziegfeld: a Night at the Follies."

Keegan, a native of Watertown, New York, and a graduate of Ithaca College, starred as the Phantom in the national tour of "The Phantom of the Opera" as well as the Broadway company. He was involved in the George Gershwin Centennial Celebration, performing unpublished Gershwin at the opening of the George and Ira Gershwin Room at the National Archives.

Fortenberry, pianist and arranger for the show, has performed in 10 Broadway musicals over the course of his career and is now known, in large part, as the body double for Emmy winner Michael Douglas in “Behind the Candelabra,” playing all those complex Liberace piano pieces repeatedly during the filming.

This show is appropriate for all ages of people who love music and having fun.

All seating is reserved. Season ticket packages are still available through the Box Office. Individual tickets for the Riceland Distinguished Performance Series are $30 and $20 for adults, and $23 and $15 for senior citizens and students, $24 and $16 for ASU faculty and staff, and $10 and $6 for ASU students with a current ID. Group discounts are available for groups of 15 or more.

For more information, contact Hymes, whymes@astate.edu or (870) 972-3471. Tickets may be purchased at the Central Box Office in the Convocation Center, 217 Olympic Drive, Jonesboro, or by calling (870) 972-ASU1 or by calling toll-free at (888) ASU-FANS. Tickets are also available online from the Central Box Office (http://www.astate.edu/tickets/) and from Fowler Center (www.yourfowlercenter.com).