JONESBORO – The next act featured in the Riceland Distinguished Performance Series at Arkansas State University’s Fowler Center is “The Seasons of Vivaldi and Piazzolla,” performed by members of the Arkansas Symphony Orchestra.

The performance will be Thursday, Jan. 30, at 7:30 p.m. in Riceland Hall.  The sponsor for the show is the Jonesboro Regional Chamber of Commerce.

“This is a great opportunity to get some extra insight into the pieces, composers and artists featured in the concert,” says Dr. Wendy Hymes, director of Fowler Center.  Seating is first come, first served, and admission to the talk is free to concert ticket holders.

The Arkansas Symphony Orchestra’s is returning to Jonesboro with a performance of pieces from its Intimate Neighborhood Concert Series, which was begun a year ago to engage, inspire, connect, and advance Arkansas through the power of music.

This program will feature the ASO strings and soloists performing Vivaldi’s “Four Seasons,” combined with selections from the Latin-infused “Four Seasons of Buenos Aires” by Argentinian composer Ástor Piazzolla.

The show will feature several members of the ASO violin section as soloists including Katherine Williamson, Meredith Maddox Hicks, Algimantas Staskevicius, Andrew Irvin, Trisha McGovern and Kiril Laskarov.  There will also be 20 other members of the orchestra featured in this chamber music performance.

Of all of his 500 concertos, Vivaldi’s "Four Seasons" is his most famous work.  The work presents a musical portrayal of the essence of each of the four seasons from spring to winter and adeptly conveys the sentiment of poems the composer wrote to accompany each movement.  Although 289 years old this year, these concertos were radical during their time for Vivaldi’s compositional techniques and virtuosic demands on the soloists.

Argentina’s most well-known composer, Ástor Piazzolla, successfully incorporated elements of jazz and tango music into classical compositions.  In 1965, Piazzolla began writing “Cuatro Estraciones Porteñas,” translated as the “Four Seasons of Buenos Aires,” an homage to both the tango and Vivaldi’s “Four Seasons,” and completed the work in 1970.  By giving the adjective “porteño,” referring to those born in Buenos Aires, the Argentine capital city, Piazzolla transports the listener to the sights and sounds of his beloved city, Buenos Aires.

All seating is reserved.  Individual tickets for the Riceland Distinguished Performance Series are $30 and $20 for adults, and $23 and $15 for senior citizens and students, $24 and $16 for A-State faculty and staff, and $10 and $6 for students with a current ID.  Discounts are available for groups of 15 or more.  Season tickets are also available and offer a savings of 20 to 30 percent. 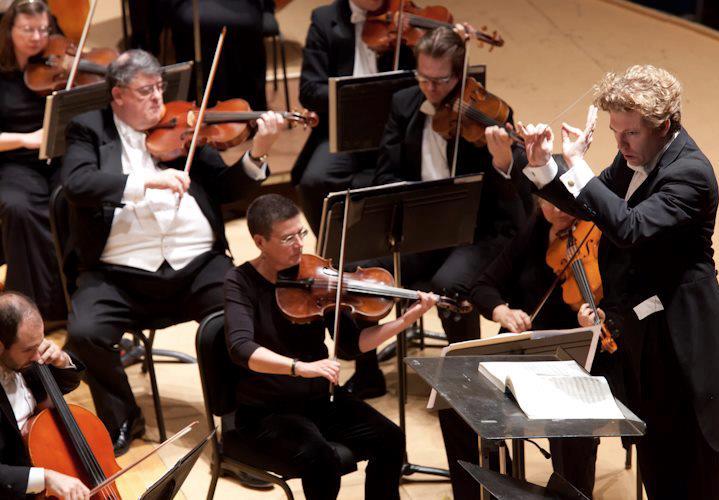