Clinton’s address to graduates highlights the fall ceremony set for 10 a.m. Saturday, Dec. 13, in the Convocation Center on the Arkansas State campus.

The former associate vice president for global programs at Texas A&M University-Commerce, Clinton worked to broaden university students’ worldviews through the Joe B. Hinton Office of International Studies. Teaching for almost three decades as a part of the Institute of Anglo American Studies at the University of London, Clinton recently retired as a professor of sociology with 41 years of service to TAMU-Commerce, along with his work to foster greater international exchanges of students.

“While many students at Arkansas State are from our region, the world where our graduates are headed is one that puts a high value upon a global perspective,” Hudson said. “Dr. Clinton’s career is exemplary of what it means to have a sense of place coupled with a commitment to comprehend that we live in a world where global interaction is crucial to individual success, world peace and prosperity.”

During his academic career, Clinton had more than 60 professional articles or presentations, as well as hundreds of presentations to student groups and civic organizations. The recipient of Texas A&M-Commerce’s distinguished faculty teaching award and professor of the year, he also received the Spirit of Mayo Citation from the office of the president at TAMU-C.

A past president of the Texas A&M-Commerce Alumni Association, Clinton began his academic career by earning his bachelor’s and master’s degrees at then East Texas State. He received his Ph.D. in sociology from Washington State.

Clinton’s academic interests were closely related to his promotion of international study: the areas of race, ethnicity, minorities, marriage and family, and the social psychology of leadership. His service to the TAMU-C community includes numerous positions in support of Delta Tau Delta fraternity, capped with his term as the international fraternity president from 2006 to 2008.

Prior to his appointment as the AVP for global programs, his career at Texas A&M-Commerce included head of the Department of Sociology, Director of the Honors Program and the Director of the British Studies Program. Affectionately known as “Rocky” on the Commerce campus, he also served as a member of the Lions’ Athletic Council.

He has worked with the United States Public Health Service for the Department of Education and been a consultant for the Texas cities of Dallas and Sulphur Springs.

Clinton’s wife, Dr. Linda Clinton, is the director of the TAMU-C Counseling Center. Their son Kenneth is an international financier working primarily in Brazil, China and Mexico. The Clintons also have two grandchildren. 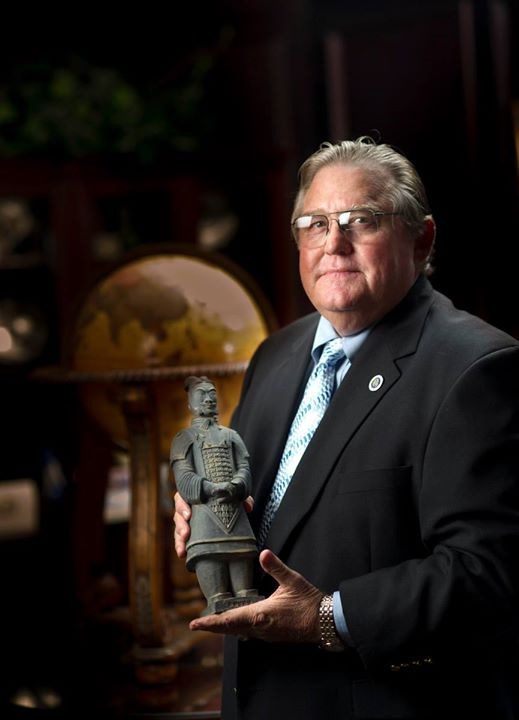