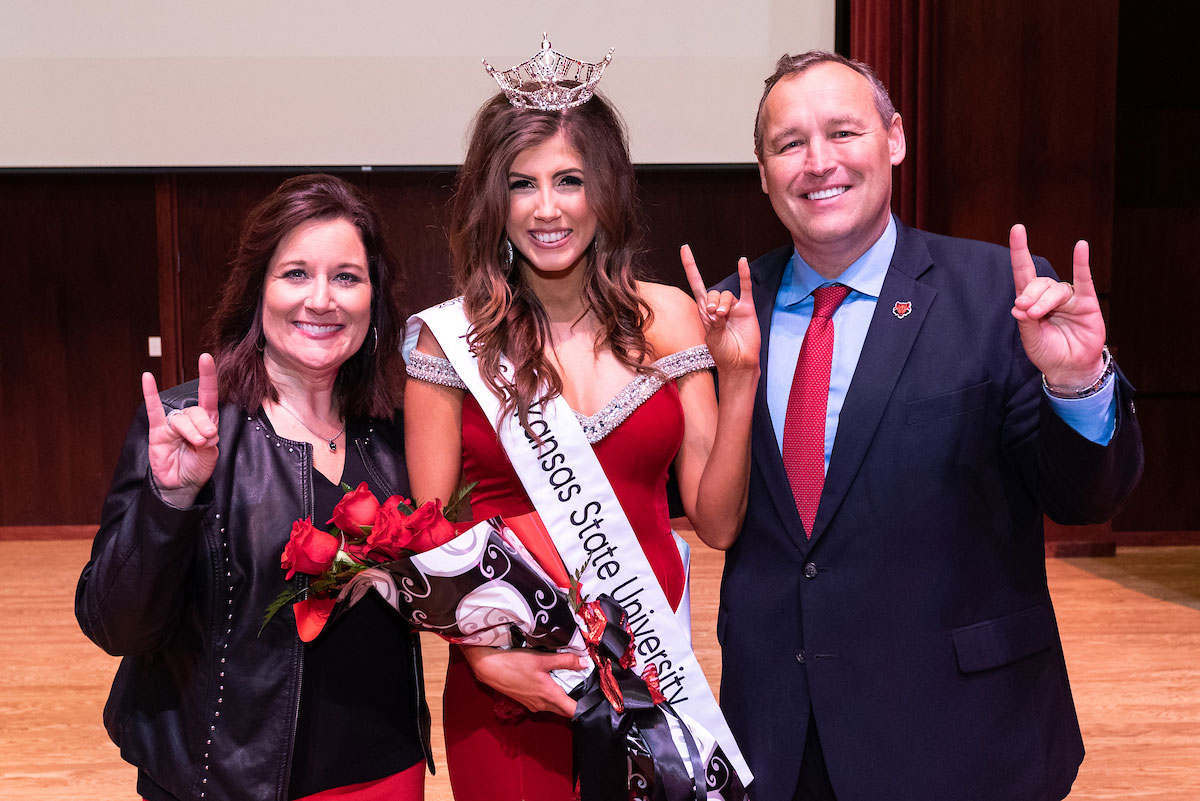 With Wolves up, Ellie Stafford is congratulated by Beth and Chancellor Kelly Damphousse, following her crowning as Miss Arkansas State University 2019.

Stafford is a strategic communication major in the College of Liberal Arts and Communication, and a Chancellor's List student.

Stafford also won the Beth Damphousse Talent Award and the Kelly Damphousse Interview Award, each of which is accompanied by a $500 prize.

Her stated service platform is "Live to Give.”  For the talent segment of the competition, she performed a self-choreographed lyrical dance to "How Great Thou Art.”

Others in the top five were Emmy Grace Furtrell of Wynne, second runner-up; Apple Dennie of Sherwood, third runner-up; and Lexie Sides of Marion, fourth runner-up.

The pageant is an official Miss America Preliminary, so Stafford will begin preparations immediately to compete in the upcoming Miss Arkansas competition.

Among her pageant prizes, Stafford also receives a $5,000 scholarship from Arkansas State University.

Her platform of “Live to Give” refers to her commitment to service for others.  She volunteers through school, sorority and community activities, including fundraising work for Children’s Miracle Network Hospitals.  She also helps recruit students as a Chancellor’s Ambassador, and serves as a Red Wolves Dancer in the support of the university.

Her parents are Trey and Jenna Stafford of Jonesboro.