Keller is an exercise science major and a Chancellor's List student.  She also won the evening gown competition.

With a stated service platform of "Everyday Kids Everyday Food," she performed a tap dance to "Who Run the World (Girls)" during the talent segment of the competition.

Emily Doggett of Jonesboro, an exercise science major, was named Miss Congeniality.and won the interview segment of the pageant.

The pageant is an official Miss America Preliminary, so Keller will begin preparations immediately to compete in the upcoming Miss Arkansas Pageant.

Among her pageant prizes, Keller will receive a $5,000 scholarship from Arkansas State University. 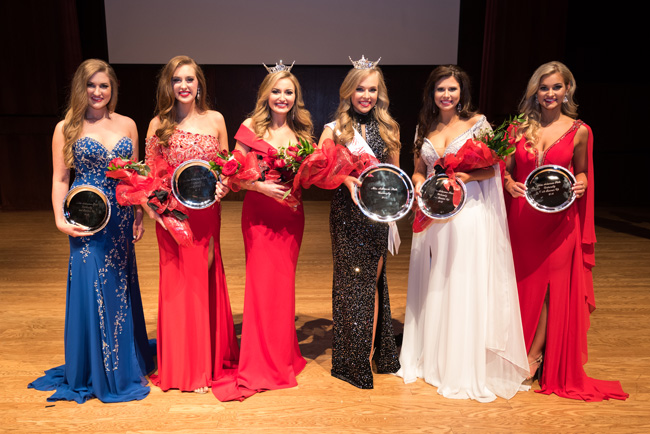