JONESBORO -- The Concert Choir and Wind Ensemble, two of the premier performing groups in the Department of Music at Arkansas State University, will join their efforts for the biennial Chancellor’s Concert in the Fowler Center, Thursday, Feb. 28, at 8 p.m.  (this concert has been rescheduled because of inclement weather on the original date).

Conductors Dr. Dale Miller, director of choral activities, and Dr. Timothy Oliver, director of bands and coordinator of wind and percussion studies, will lead the ensembles as they combine to perform works written for both choral and instrumental ensembles.

This is the third time these ensembles have collaborated to present a program of works of this type.  In addition, the concert will feature a trio of works by Dr. Tom O’Connor, professor of composition.

Admission to the concert is free.

The concert will begin with a piece by composer David Martynuik titled “Songs of Memory and Imagery.”  Martynuik, professor at Indiana University of Pennsylvania, selected four poems written by U.S. Poet Laureate Rita Dove to serve as the text for this song cycle.  The poem and resulting songs are contrasting and complementary.  Each poem represents a character, real or imaginary, that serves as the basis for each song.  In addition, each movement uses different numbers of instrumentalists to maximize the effect of the text and create with the choir a very transparent sound.

The next piece on the program is David Maslanka’s “Liberation.”  This piece, composed in 2010, is like many of his works, very powerful and introspective.  It was written for a consortium of ensembles in Japan and uses the “Libera Me” Gregorian Chant – “Deliver me, O Lord, from death eternal on that fearful day when the heavens and the earth shall be moved, when thou shalt come to judge the world by fire.  According to the composer, this music tells us that there is hope and light even amidst utter devastation.  The music incorporates three sections of choral chant surrounded by instrumental sections using both large and small numbers of players.  In April, Maslanka will be a composer-in-residency at ASU and will take part in a series of concerts on campus during his residency.

The second half of the concert will feature a trio of works as a tribute to retiring professor of music, Dr. Tom O’Connor.  Dr. O’Connor joined the ASU faculty in 1978 after serving as a band director at high schools in Marked Tree, East Prairie, Mo., and West Plains, Mo.

He began work at ASU as director of the ASU Marching Band and director of jazz studies, then was appointed director of bands in 1982. While in this position, his Symphonic Band performed for the Arkansas School Band and Orchestra Association (ASBOA) in Pine Bluff, as well as the College Band Directors National Association Regional Convention in Lawrence, Kan. Under his direction, the ASU Jazz Band has twice performed for the ASBOA State Convention.

Later in his ASU career, Dr. O’Connor served for six years as chair of the Department of Music before returning to the classroom to teach music theory and composition.

After 44 years in the teaching field, 34 of which were in service to ASU, Dr. O’Connor will retire in May 2013 giving him even more time to compose and study the music that has been his life’s work.

The first of O’Connor’s works, “…nite ridin’ on da riva,” reflects the music which O’Connor grew up with, the music of the Delta.  This piece is built primarily around the traditional blues harmonic progression and generously laced with jazz rhythms.  It conjures up the images of floating down the river in the dead of night and the thrill of unseen forces carrying one swiftly along. Passing close to the riverbank, one sees the people celebrating.

The second piece, “Monk Sketches,” is a homage to the legendary jazz composer Thelonius Monk. Melodic, harmonic and rhythmic material from three Monk tunes served as inspiration for this piece.  Although the tunes are never quoted as such, O’Connor captured the essence of each one – “Well, You Needn’t,” “Round Midnight,” and “Straight, No Chaser.”

The final work on the concert is O’Connor’s “Architects of Fate,” written to celebrate the conclusion of the ASU Centennial Celebration in 2010.  O’Connor used the Longfellow poem The Builders as inspiration and set the music and text for the wind and percussion ensemble and the combined voices of the choir to celebrate the history and growth of Arkansas State University.

The opening fanfare is heard several times throughout the piece denoting highlights in the development of the university, such as the bill creating the college, the groundbreaking for the campus, and the rise from college to university status.  There is an ethnic sounding melody used in the first section of the piece that recognizes the multi-cultural diversity of the campus.

The chorus enters in the middle of the work singing, in a quasi-alma mater style, the words of the Longfellow poem.  This slow section leads into a vibrant closing section that features both instrumental and vocal forces bringing the piece and the concert to a dramatic conclusion. 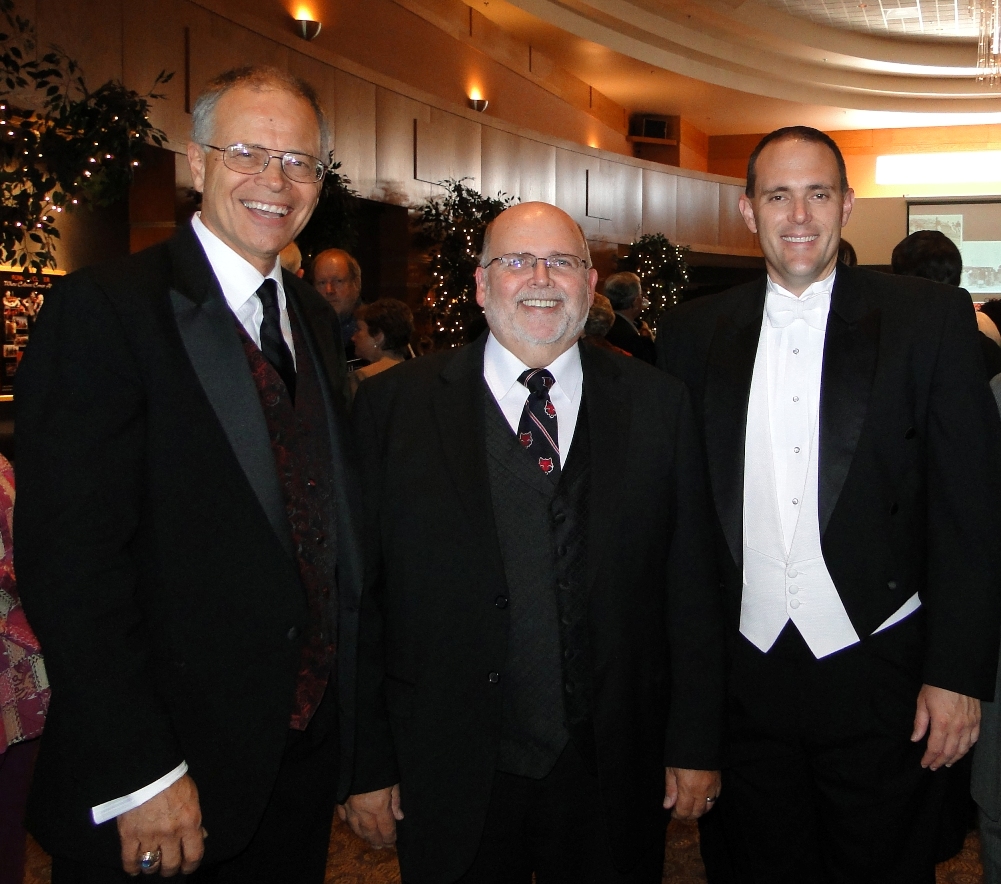