The Alexander Scholarship is awarded to a student who is interested in urban government, especially city management. Criteria also include academic excellence and commitment to public service and professional management.

Bayarsaikhan and fellow student, Yusuf Demirtas of Turkey, currently enrolled in the Department of Political Science’s two graduate programs attended the meeting where they met city managers and staff members from cities across the state of Arkansas and participated in the business of the ACMA meeting. Dr. Richard Wang, associate professor of political science, accompanied them.

At the close of the meeting a special ceremony was held during which Bayarsaikhan was presented the $1,000 award by David Watkins, ACMA vice president and Hot Springs city manager.

Bayarsaikhan, a native of Mongolia, holds multiple degrees from Mongolian National University (BA, MA, Law Degree) and worked as a staff member in the Mongolian Parliament from 2005-10. After finishing her degree at Arkansas State, she plans to return to her home country and resume her work with the Mongolian government. 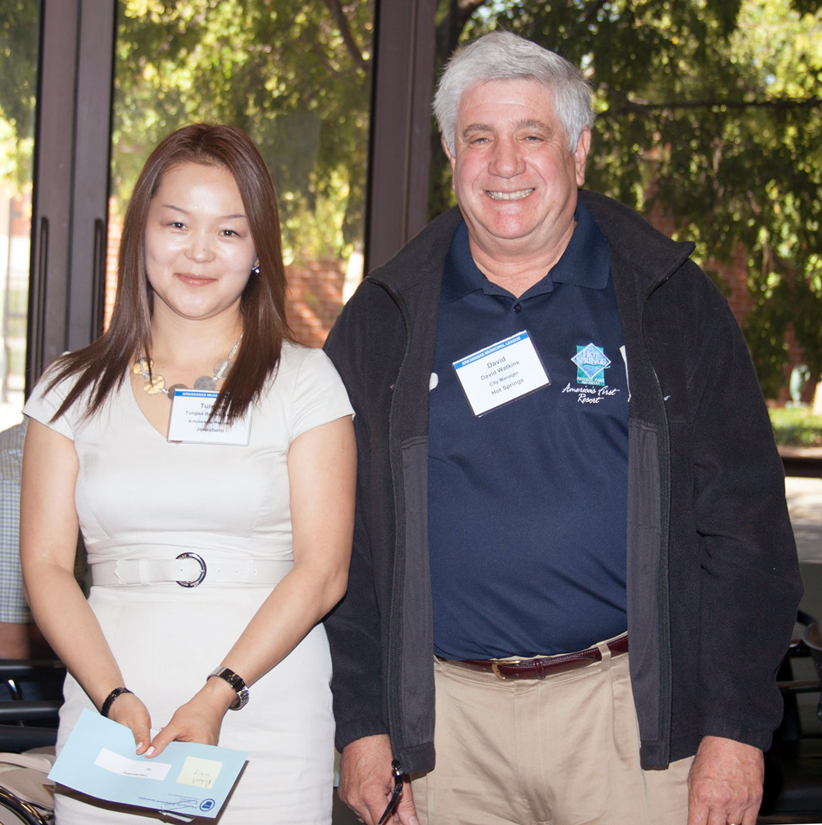