JONESBORO – Arkansas State University is conducting a bicycle safety event in conjunction with National Bike Month and National Bike to Work Day during the month of May.

Along the Aggie Road corridor and on campus roads, the University Police Department will conduct stepped up patrols to increase awareness of the state of Arkansas’ three-foot passing law.  UPD will also remind people on bicycles of their responsibilities to ride with traffic and obey all traffic signals.

“Our students, faculty, and staff are riding bicycles to campus in increasing numbers, so it important that we do our part to let everyone know how to safely pass these Red Wolves on the road,” Chancellor Kelly Damphousse said.  “These patrols and awareness campaigns help us remind our community members to expect to see bike riders on and around our campus.”

Hosted annual by the League of American Bicyclists (LAB), National Bike to Work Day is Friday, May 18, and all week A-State will have other awareness campaign initiatives to support those who ride to work daily at the university.

Passed in 2009 and placed into Arkansas Code in 2010, Title 27-51-311 is the state law which requires drivers of vehicles to “exercise due care and pass to the left at a safe distance of not less than three feet (3') and shall not again drive to the right side of the roadway until safely clear of the overtaken bicycle.”

The majority of states – 30 – have a law related to safe passing of people on bicycles.

For people on bikes, the emphasis is on following the state laws related to riding with traffic and stopping at all signs and traffic signals.

“We want to emphasize both parts of road safety,” UPD Chief Randy Martin said.  “Drivers have an obligation to make safe passes around cyclists, and bike riders must also follow the state traffic law.”

On the afternoons of May 15-18, and on the morning of May 18, UPD will be active on Aggie Road from the campus border at University Loop to the intersection with Marion Berry Parkway.

Home to the PAC Paths system of mixed-use paths, bicycle lanes and shared roadways, Arkansas State is first Bicycle Friendly University in the state of Arkansas according to the LAB.  To learn more, go to AState.edu/Bike. 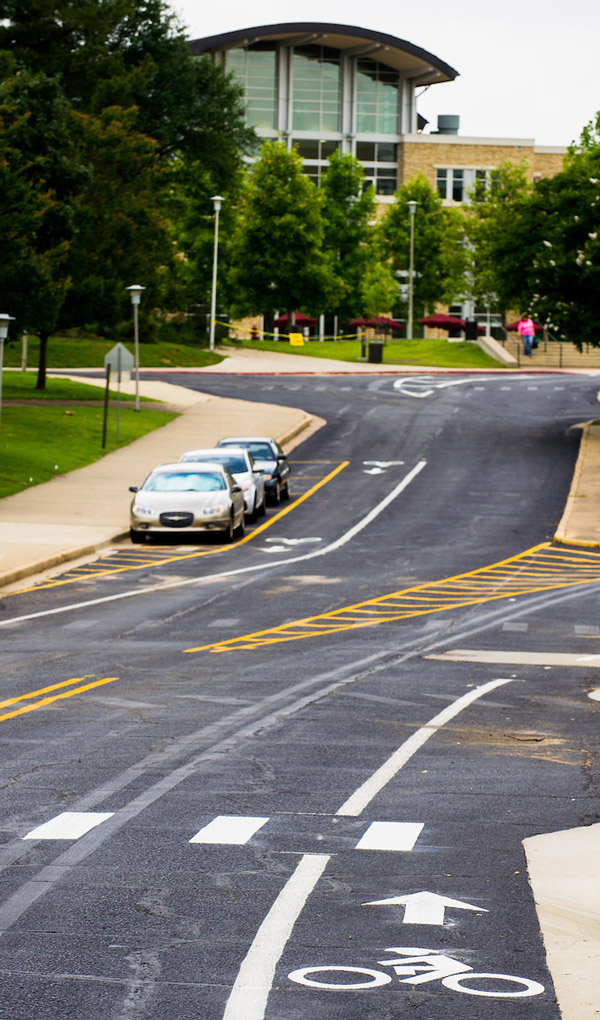