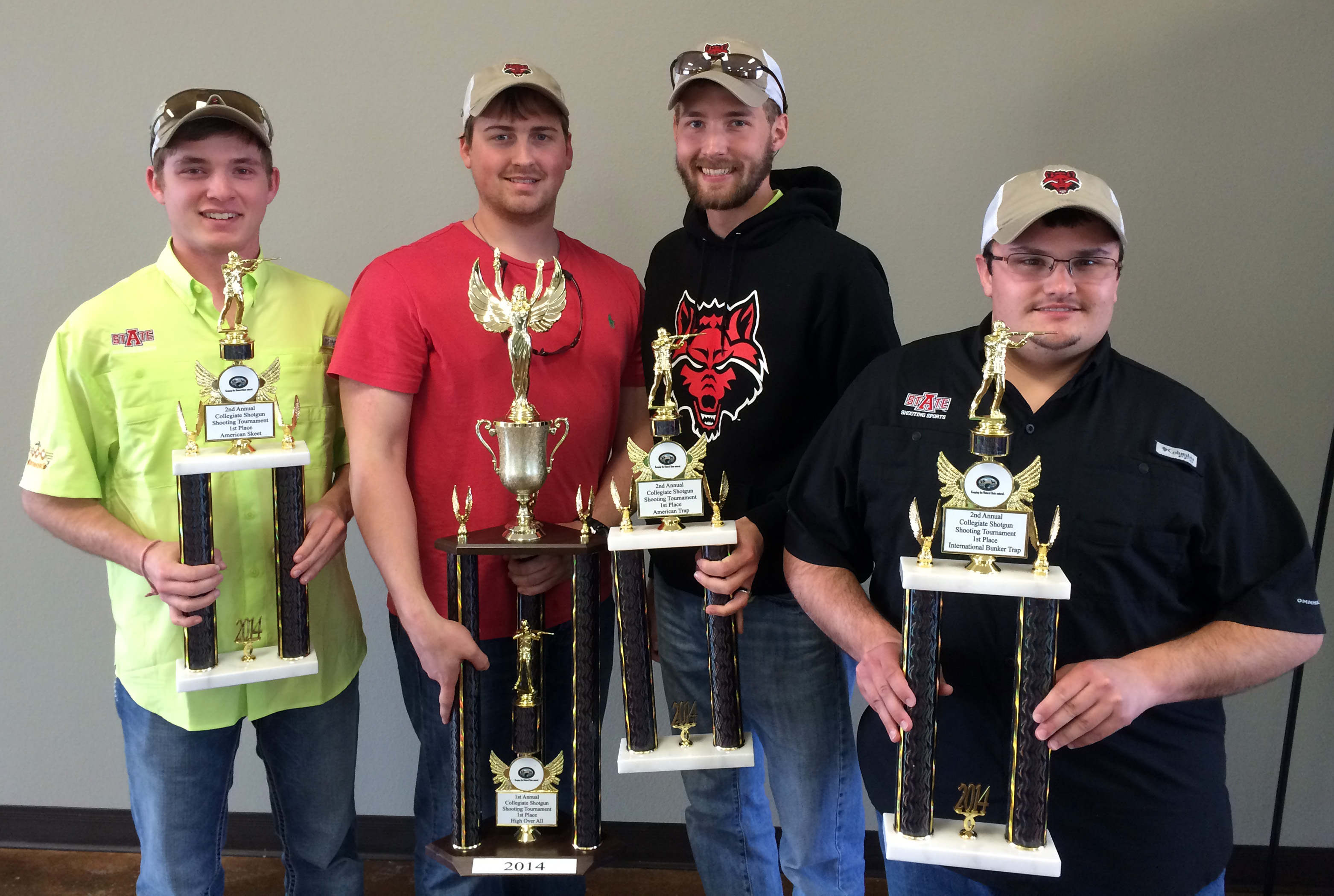 “I’m very proud of our two squads and how they performed,” said Dr. Gauri-Shankar Guha, associate professor of Economics and Finance at Arkansas State, who serves as the team’s coach. “Our Red Wolves shooting sports students continue their dominance of shooting sport in the region with back-to back state collegiate championships. We already have a room full of trophies and we are just getting started.”

The first portion of the second-year tournament was held at the Tommy Browning Range near Wooster where seven teams from four institutions shot International Bunker Trap and Five Stand Sporting Clays. The last leg of the tournament was held at the new AGFC Shooting Sports Complex in Jacksonville. The competitors shot American skeet and American trap.

“We are looking forward to competing in the national championship, said Dr. Guha. “I believe we have some of the top competitive shooters in the nation.”