JONESBORO — Arkansas State University has been recognized for its efforts in the field of community and economic development by the Arkansas Community Development Society (ACDS) during the organization’s annual conference and awards presentation. A-State received the “Friend of ACDS” award for the Arkansas Heritage Sites.

Dr. Ruth Hawkins, executive director of Arkansas Heritage Sites, was singled out for her leadership of the program. She and assistant director Paula Miles were on hand in Conway to receive the accolade.

ACDS is an educational nonprofit organization whose purpose is to advance community development and its profession by providing a forum for the exchange of ideas and the development of common interest among its members. One key method of accomplishing and promoting its goals is in recognizing and sharing "best practices" and those providing exceptional service and talent to the field and truly celebrating those positives.

The “Friend of ACDS” award is given in recognition of extraordinary service or support for the ACDS organization or for the practice of community development. Recipients are recognized for a body of work that has strengthened Arkansas communities over a period of time.

“The word ‘Delta’ evokes multiple impressions from Arkansans, including cotton and rice fields, Elvis and Johnny Cash, mosquitos and catfish, wealth and poverty, civil rights as well as civil wrongs,” said ACDS historian Monieca West, who also serves on the awards committee. “But, we all recognize the area as a place with history as rich as its soil.

“Life there can be challenging and people look to Arkansas State University to make a difference in improving income and educational levels in the Arkansas Delta. The nomination describes how Arkansas State is meeting this challenge while protecting and promoting its history and culture.”

In the 1990s the Arkansas Heritage Sites Office at A-State worked with mayors, county judges, other community leaders, and citizens throughout an eight-county Delta region to establish and develop a route along Crowley’s Ridge as a National Scenic Byway. This recognition was received in 1998 and subsequent efforts to promote the natural and cultural heritage in the region have had significant economic impact in Delta communities.

But having the designation meant that there needed to be destinations along the route worthy of attracting tourists in order to maximize the economic potential. Under the leadership of Dr. Hawkins as director of the initiative over the past two decades, sites have come to life along the Crowley’s Ridge Parkway and Great River Road routes that traverse the 15-county Arkansas Delta Byways region.

“When we began working on these projects, one of our primary goals was to serve as an economic catalyst in some of these rural Arkansas Delta communities,” Hawkins said. “This award means a lot to us because it is validation of our efforts and evidence that focusing on the heritage of the region is having an impact.”

To highlight a few projects for which Dr. Hawkins and Arkansas State are responsible:
• Restoration of the Pfeiffer home and adjacent barn studio in Piggott where Ernest Hemingway wrote portions of A Farewell to Arms and the opening of a museum and education center focusing on the development of northeast Arkansas during the Depression and the New Deal.
• Creation of the Southern Tenant Farmers Museum in Tyronza to focus on the farm labor movement in the South. The restored building was once the unofficial headquarters for the organizers of the Southern Tenant Farmers Union in 1934 and highlights the farm labor movement in the South and the tenant farming and sharecropping systems of agriculture.
• Historic Dyess Colony and Boyhood Home of Johnny Cash. This agricultural resettlement community was created in 1934 as part of FDR’s New Deal to provide a fresh start for 500 impoverished Arkansas farm families. One of those farmers was the father of Johnny Cash. A-State has restored the Cash home and opened a museum in the former Dyess Colony Administration Building.
• Lakeport Plantation in Lake Village has been restored to its original antebellum Greek Revival style and demonstrates the people and cultures that shaped plantation life in the Delta.
• Installation of audio exhibit panels at the former Rohwer Japanese American Relocation Center where 8,000 Japanese Americans were interned during World War II. Little physical evidence of the 500-acre site that was surrounded then by barbed wire and armed guards remains today, except for a cemetery, but important stories are shared along the gravel road adjacent to the cemetery.

“Community development on this scale can only be accomplished through the efforts of an enormous number of people and organizations but, to be successful, there has to be leadership,” continued West. “In this case, Arkansas State has provided the leadership and vision that have resulted in numerous awards for heritage preservation, tourism, education, historical and cultural achievements.” 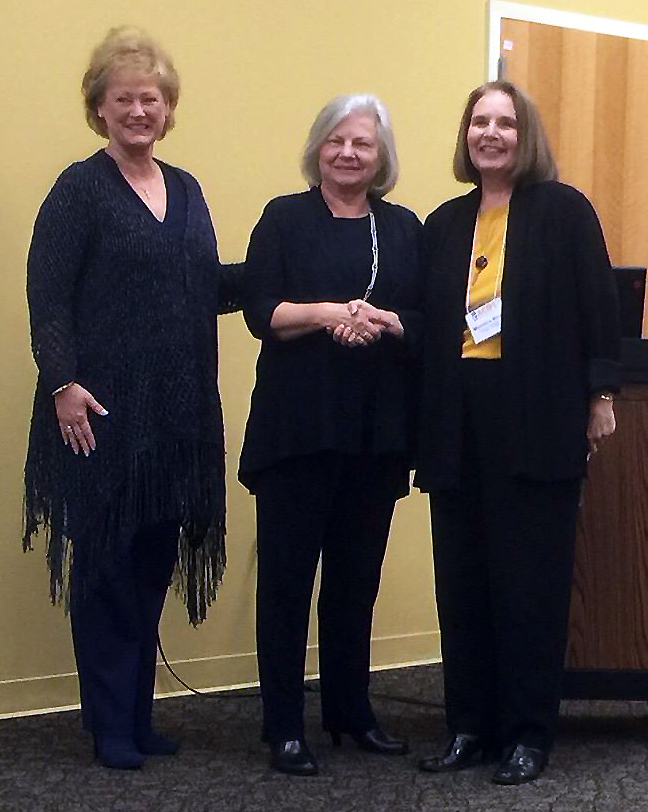