JONESBORO  – As part of final preparation for their performance tour in Spain, the A-State Community Choir will be joined by members of the Concert Choir for a concert of Spanish and American music Monday, March 17, at 7:30 p.m. in Fowler Center, Riceland Hall.

The 44-member group including chaperones will travel in Spain March 20-29, sightseeing and presenting concerts as a part of their “American Celebration of Music.”

They will sing in Barcelona at Church of the Pines, a joint concert with the youth choir of the Conservatory of Saint Cugat, and in mass at the Cathedral of Barcelona; a concert in Valencia at the Cathedral; and in Madrid at the Church of Carmen.  The group also will present a recital at the Basilica of El Escorial, the magnificent palace and monastery built by Philip II.

Dr. Dale Miller, director of choral activities, will conduct both groups in the pre-tour concert, and Dr. Keith Hearnsberger of Arkansas Northeastern College will play piano. The concert is free and open to the public.

The 29 members of the Concert Choir who will be traveling to Spain will begin the program with selections by American composers Maurice Monhardt, Moses Hogan, Eric Whitacre, James Moore, Jr., and Jonesboro native Jon Adams.

The Spanish pieces are by Tomas Luis de Victoria, Pablo Casals, Manuel Massoti-Littel, and Javier Busto.  They will join the University/Community Choir in the second half of the program in selections by Spaniards Busto and Vicente Goicoechea and Americans Hogan, Joseph Martin, Vicki Courtney, and Peter C. Lutkin.

Interested individuals may call Miller at the choral music office, 972-3841 for additional information. 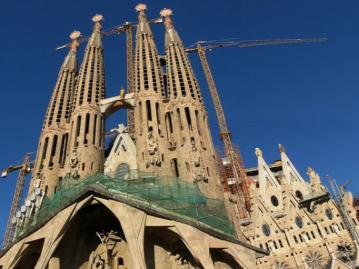