According to director Jeff McLaughlin, assistant professor of theatre, “Animal Farm” is the story of the animals on Manor Farm, who revolt against the tyranny of forced work.  After gaining freedom, the exalted words of the rebellion become distorted and the citizens of Manor Farm come to learn that while all animals are equal, “some animals are more equal than others.”

McLaughlin also is the scenic designer and technical director for the production.

Prop masters are Clay Bures of Jacksonville and Destiny Kirby of Paragould.  Master electrician is Eli Webb of Jonesboro, and house managers are Dejah Harris of Pine Bluff and Tinah Carter of Jonesboro.  Sound board operator and dramaturg is David Norris of Southside and the light board operator is Hannah Martin of Blytheville.

The wardrobe crew includes Kayley Shettles of Jacksonville, Claire Thomas of Batesville, and Kassidy Ratz, a psychology major from Beebe. Publicist is Cody Preston of Bono.

Bures is a chemistry major and Ratz majors in psychology; the other members of the crew are theatre majors. 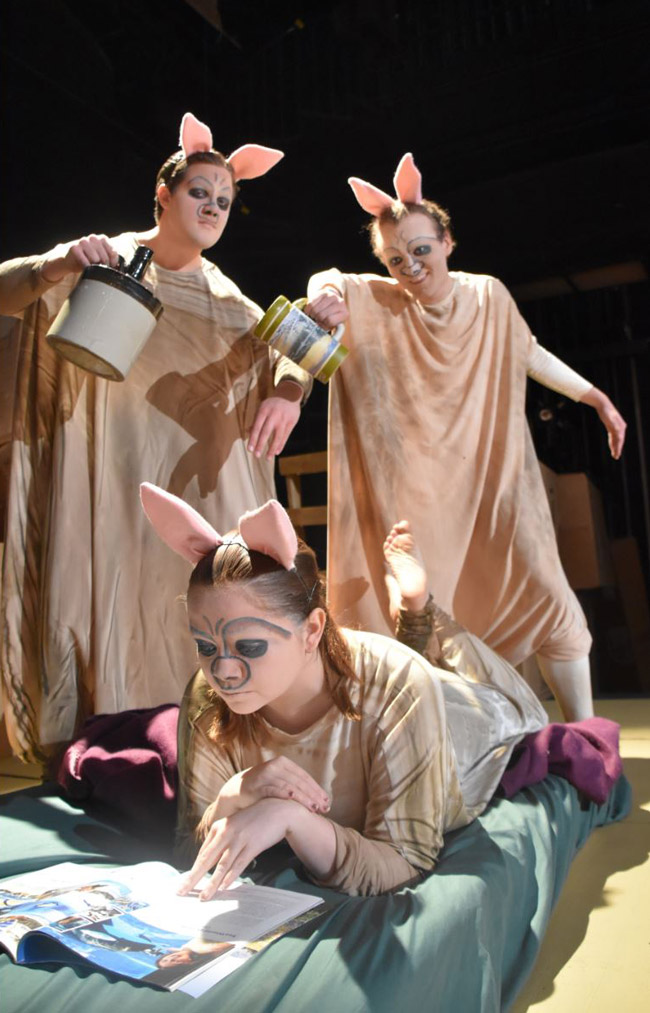