JONESBORO -- The Arkansas State University Singers, Concert Choir, and Vocal Jazz/Contemporary A Cappella ensembles will present a Spring Concert, Monday, April 22, at 7:30 p.m. in Fowler Center’s Riceland Hall. This concert is free and open to the public.

The University Singers are divided into the Men’s and Women’s Choirs, and will be joined by two A-State Vocal Jazz/Contemporary A Cappella ensembles, Delta Vox and stAte Vox.  The groups are made up of ASU students who auditioned at the beginning of the semester for placement into the choirs. Each of the choir ensembles may be taken for credit or non-credit and students from all majors in the university are encouraged and eligible to audition at the beginning of each fall and spring semester.  The Concert Choir is a 60-member group selected by audition from ASU students from many majors, and has represented A-State in performance tours in the United States and Europe.

The ASU Vocal Jazz/Contemporary A Cappella area will have two vocal ensembles performing on the Spring Concert – StAte Vox and Delta Vox - under the direction of Dr. Kyle Chandler.

stAte Vox will perform “My Funny Valentine” by Rodgers & Hart. This jazz standard ballad was arranged by Jim Elsberry and contains lush harmonies and a lyric solo line. They will also perform “Sing a Song” by Earth, Wind and Fire adding in their own fresh mix to this Kirby Shaw arrangement.

Delta Vox will be opening for Voice Play on Sunday, April 21, and will sing two songs from that set. The first will be “A Time for Love” written by Mandel & Webster and arranged by Rosana Eckert. This intricate ballad contains both complex harmonies and subtle syncopation. They will close with their adaptation of “Rhythm is Gonna Get You” and “Conga” as performed by Gloria Estefan & The Miami Sound Machine. Featuring every member of the group on a solo part throughout, this two-song mash requires high artistry from the performers and should be a treat for the audience.

The Men’s Choir will perform “Ave Maria” by Noel Goemanne, “African Processional” by D.V. Montoya, “Seize the Day” from Disney’s “Newsies”, arranged by Roger Emerson and conducted by Men’s Choir President John Phillians, and “America the Beautiful Overlay” by Joe Liles.  The Women’s Choir’s repertoire will include “Lacrimoso” by Wolfgang Mozart, “Et Resurrexit” from Messa A 3 by Giacomo Puccini, an a cappella vocal jazz arrangement of “How Do I Love Thee?” by Nathan Christensen, and Ann Minihane’s women’s barbershop arrangement of “Get Happy”.

The Concert Choir will perform a variety of choral styles from the 16th through the 20th centuries.  Shannon O’Connor will conduct the first movement of John Rutter’s ”Magnificat”, and Dr. Miller will lead the group in Tomas Luis de Victoria’s “Sanctus and Benedictus” from “Officium Defunctorum”, with Chris Orr as cantor; George Frideric Handel’s “Sing Unto God” from “Judas Maccabeus” with Dennese Adkins and Jacob Bushong as soloists; “Kyrie” from “Mass in E-flat Major” by Joseph Rheinberger; “The Hungry Heart” by David Maslanka with poetry by Richard Beale; and “My God is a Rock,” a spiritual arranged by Ken Berg.

Fundraising efforts have begun for the ASU Choirs’ performance tour to Barcelona, Valencia, and Madrid Spain in March 2014.  Donations will be accepted at the concert, and a portion of the proceeds from the sale of “Come Dine with the Diva,” the second cookbook written by former ASU voice teacher and opera director Julia Lansford, will help to defray the choir’s expenses.

The tour of Spain will mark the third performance trip to Europe undertaken by the ASU Choirs while under the direction of Dr. Miller.  “Our students will benefit greatly from our travel and performances in Spain.  Not only will we learn the music of Spain to perform in the cathedrals and concert halls for which it was written, each student will become a cultural ambassador as we also bring the music of the United States to the Spanish audiences.” 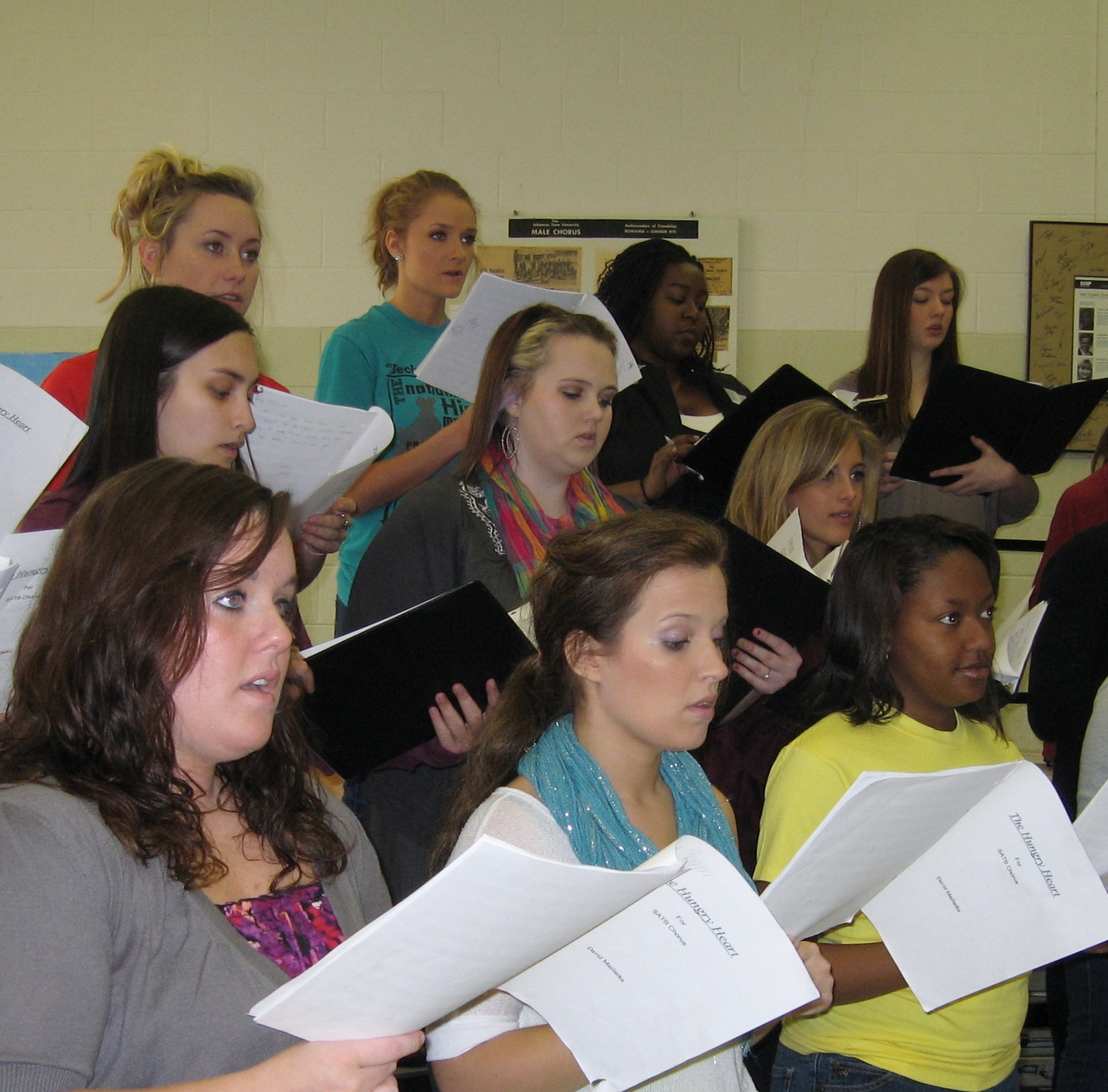