JONESBORO – From 1980 to 1984, Ray Thornton led Arkansas State University as its seventh president, a facet of in his higher education career that came between three terms in Congress and election to justice on the Arkansas Supreme Court.

Thornton, 87, died Wednesday in Little Rock.  Among his many achievements at A-State, Thornton raised the faculty's profile in institutional decision making, brought academic achievement to the forefront through establishment of the Honors Program, and put Arkansas State in the international arena through a federally contracted program for Saudi Arabian customs officers.

Dr. Ruth A. Hawkins, director of Arkansas Heritage Sites at A-State, worked closely with Thornton as a member of his closest circle of university associates, and she continued to maintain contact with Thornton and his wife Betty Jo.

"Ray Thornton was a true servant leader.  His greatest desire was to make a difference in students’ lives, and his door was always open to them," she remembered.  "He often took walks across campus to engage students in conversation and seek their opinions about the education they were receiving at A-State."

To get more input from the academic community, he and his wife hosted a series of breakfasts in their home for faculty members, selected randomly, to solicit their input about campus issues and ideas for improvement.

One of the projects to come out of those morning sessions was the Honors Program.  He also became personally involved, participating in a team-taught interdisciplinary course for honors students.

"He loved being considered a part of the faculty," Hawkins continued.  "He liked pointing out he was a student as well, there to learn just like the rest of them.  Ray was a man of great integrity, and he clearly left his mark on Arkansas State University."

In a statement Wednesday, ASU System President Charles Welch expressed condolences to the Thornton family and called him a legendary figure in the state's higher education development, noting his service as president, first at Arkansas State then at the University of Arkansas.

"Combined with his service as a congressman, attorney general and Arkansas Supreme Court justice, Ray was the quintessential advocate for his home state.  While we mourn his passing, we know his achievements in public service to our state will serve as his enduring legacy."

Through his work with national advocacy groups and a Congressional committee, he helped develop federal policy concerning science, energy and agriculture.

After serving in the Navy during the Korean War, Thornton completed a Bachelor of Arts degree in international studies at Yale then his Juris Doctor at the UA School of Law.

Services will be Tuesday, April 19, in Little Rock.  Arrangements have been announced by Ruebel Funeral Home of Little Rock. 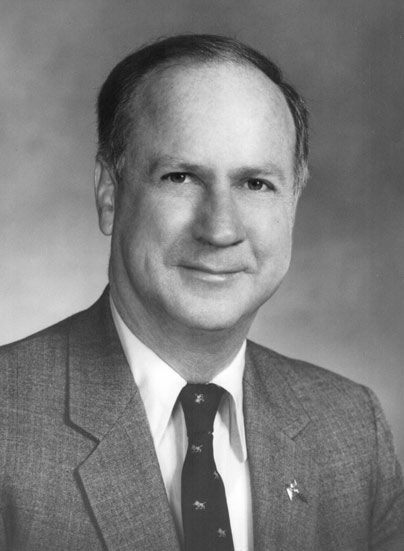